Winners of the 2018 Australian Interior Design Awards Queensland Best of State awards commercial and residential design were revealed in Sydney this week to be 259 Queen Street Main Lobby Refurbishment and Crescent House respectively. The awards program, which is celebrating 15 years of operation this year, received 623 entries from Australian designers and also included projects from Asia, Africa, the Middle East and Europe.

Genuine inventiveness and a focus on the experiential qualities of interior spaces were the hallmarks of the 2018 Australian Interior Design Awards winners. “Each project values the human condition and commits to not only address but progress human experience,” said the jury. The winning designs are characterised by “conceptual rigour”, “exquisite detailing” and “sophisticated craftsmanship”.

Designed by Cox Architecture, the winner of the commercial design category 259 Queen Street is a refurbishment of an existing office tower entry lobby. The foyer’s greatest asset was its adjacency to the General Post Office building, which included a glass canopy in the refurbishment, creating a modern and bright entrance. Deicke Richards’ Crescent House took the win for the residential design category. The renovation of a post war house creates a generous new home for a young family. Living spaces are layered with connections to the landscape setting and detailed with a warm, natural palette. An internal stair and void occupies the space between new and old and brings light deep into the plan. 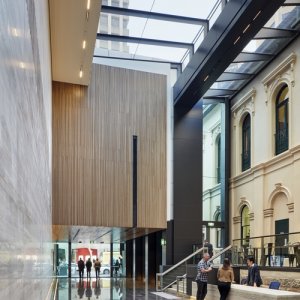 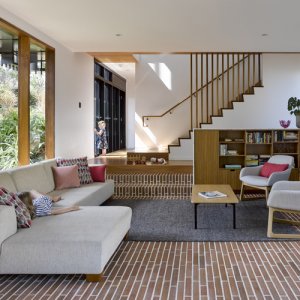 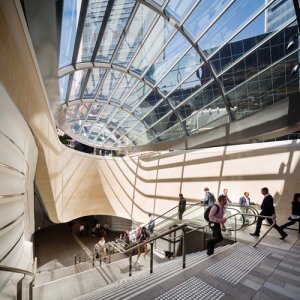 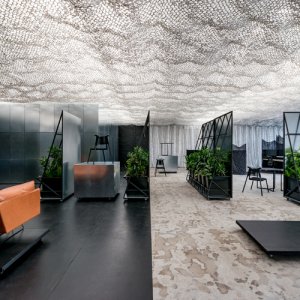 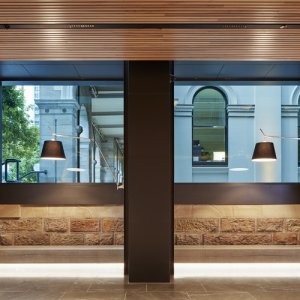 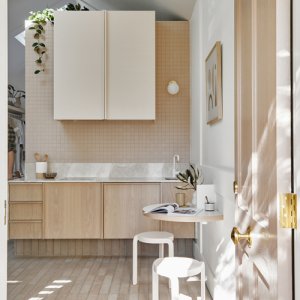