Continuing in the footsteps of his acclaimed uncle, master Italian flavour-maker Valentino Marcattilii, Chef Massimiliano Mascia is set to impress for one week only in October when he makes his Australian culinary debut at Bacchus Restaurant, Brisbane. It will be the first time Chef Mascia has visited Australia, and he is cooking exclusively at Bacchus.

The 2-Michelin-starred Ristorante San Domenico in Imola, northern Italy, had been the bastion of Chef Valentino Marcattalii until he handed the baton to his nephew, Chef Massimiliano Mascia in 2013. Like all chefs of note, Chef Mascia travelled the world gaining experience working in some of the most famed kitchens including at Osteria Fiamma in New York, Bastide Saint Antoine and then at the multi-starred Parisian restaurant Alain Ducasse au Plaza Athenée in France, before returning to Ristorante San Domenico. Now 36, he brings to the revered kitchen a combination of knowledge passed down through generations of Italian chefs in his family, and the modern techniques learned from his experiences cooking around the world.

When Chef Mascia touches down in Brisbane for his residency at Bacchus in October, it will be a special reunion with Bacchus Head Chef Speroni, given he previously worked at Ristorante San Domenico under his mentor, and Mascia’s uncle, Chef Valentino Marcattilii. Chef Mascia will host five nights of special set dining experiences at Bacchus, commencing Tuesday, October 22 through to Saturday, October 26. Bookings are currently open for this limited dining experience, with a maximum of only 45 diners per sitting.

Readers also enjoyed this story about the new chef at Stokehouse Q. 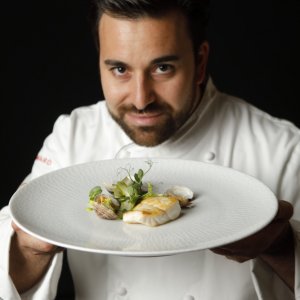 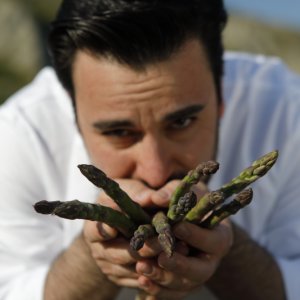 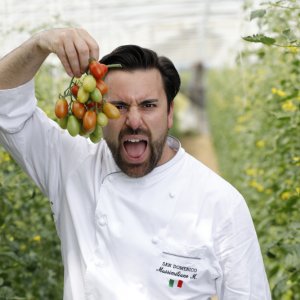