BMW founded the Sports Activity Vehicle (SAV) category in 1999 with the first generation BMW X5 (E53), aiming to break new ground and reimagine what a large premium automobile could be. Now almost 20 years later, the BMW X-range returns bringing bold design, enhanced luxury, improved performance, more technology and advanced safety and driver assistance features. The marque is designed to raise the bar yet again with a focus on both off-road and dynamic on-road capabilities in an urban environment.

The fourth generation BMW X5 retains the hallmark proportions of an SAV, with strong precise lines accentuating the vehicle’s presence. The robust yet pared back design language incorporates a sculpted bonnet, short overhangs, lightly chamfered wheel arches and the dynamic sweep of the roofline to signify the sporty yet rugged character of the new X5.

Brisbane BMW general manager Anthony Alafaci said no expense had been spared launching the latest model. “The BMW X5 is the halo of our SUV range and one of the best sellers across the brand,” he said. “The BMW brand has demonstrated on many occasions throughout history that we are capable of taking bold steps and I believe that the all new BMW X5’s ground breaking versatility, refined elements of luxury, impressive performance and true off-road capability illustrates just that.”

The front end of the X5 makes a strong statement with an upright and commanding posture, dominated by the large BMW Kidney Grille which is connected in the middle making it appear to be formed out of one element. BMW Laserlight (standard on M50d) shows a new approach featuring a signature ‘X’ in blue combined with the characteristic BMW hexagonal design; the headlights emanate a distinct visual statement. A powerful front apron provides a fresh self-contained look, with new lines and air intakes demonstrating the power of the BMW X5. The air flap control in the kidney grille also has improved aerodynamics.

The prominent shoulders and flared wheel arches give a very solid stance on the road. They frame a very functional and clear silhouette of the car. The trapezoidal exhaust pipe finishers blend perfectly into the design concept.

The interior introduces a completely new ‘X’ form language. It welcomes the driver with an attractive combination of modern and refined surfaces. A horizontal line flow is paired with a driver orientated centre console and a typical command position.

The standard Panorama glass sunroof is even more expansive. Adding to the feeling of space and light, it has increased in size by 23 per cent and the visible glass area has increased by 30 per cent. 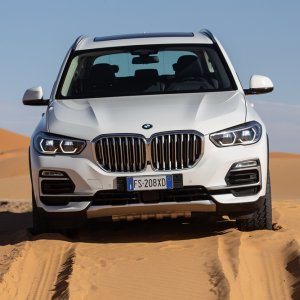 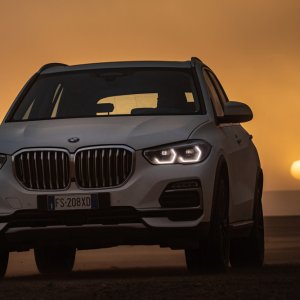 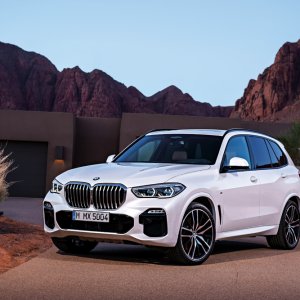 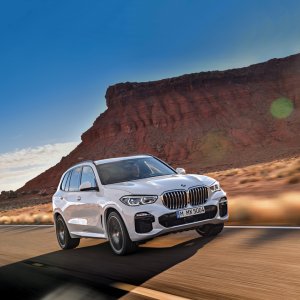 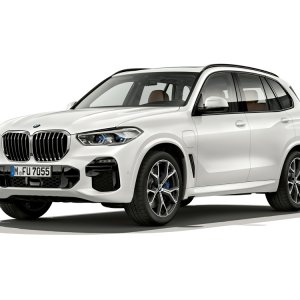 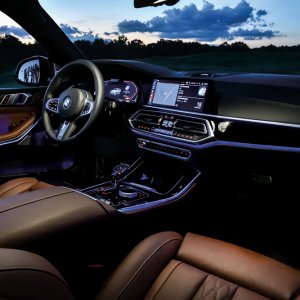 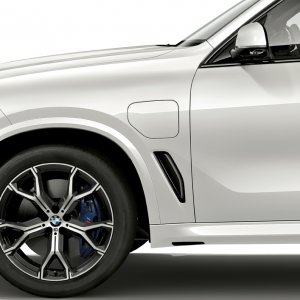 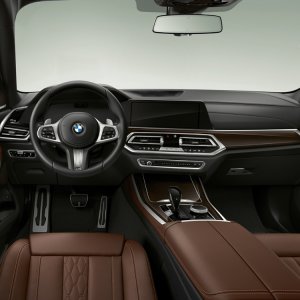 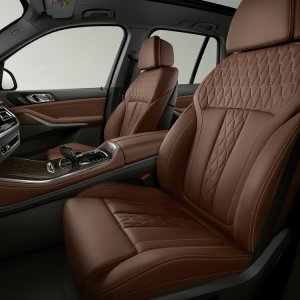