Book: Painting in the Shadows

Painting in the Shadows is the second novel by Katherine Kovacic in the Alex Clayton series following on from her debut novel, The Portrait of Molly Dean.

Painting in the Shadows follows the story of art dealer Alex Clayton and conservator John Porter who are thrilled to be previewing the Melbourne International Museum of Art’s (MIMA) newest exhibition, until they witness a museum worker collapse and badly damage a reportedly cursed painting. Belief in the curse is strengthened when MIMA’s senior conservator Meredith Buchanan dies less than 24 hours later while repairing the work. But Alex and John are convinced there is a decidedly human element at work in the museum. The evidence sets them on the trail of a mysterious painting that could hold a key to Meredith’s death, and the stakes are raised higher when Alex is offered her dream job at MIMA. Damaging the museum’s reputation will jeopardise her professional future. The friends soon realise they are facing an adversary far more ruthless than they had anticipated, and there is much more at risk than Alex’s career.

Katherine Kovacic is a former veterinarian turned art historian who works with a wide variety of museums, galleries and historic houses. She seized the chance to return to study and earned an MA, followed by a PhD in Art History. Katherine spends her spare time writing, dancing and teaching other people’s dogs to ride skateboards. A research geek, Katherine is currently fired up by the history of human relationships with animals, particularly as they appear in art.

The Portrait of Molly Dean was her debut novel and the first Alex Clayton art mystery. Katherine lives in suburban Melbourne with Leonardo the Borzoi, Oberon the Scottish Deerhound and a legion of dog-fur dust bunnies. Kovacic is extremely good at the appropriate texture and concomitant banter for a budding detective story writer of the first order.

Readers also enjoyed this story about The Nudge. 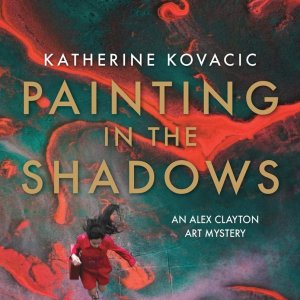 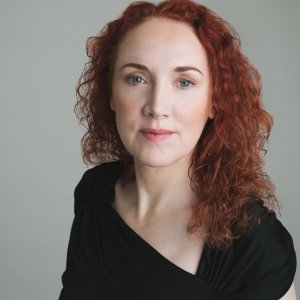