A quarter of a century – that is how long Newstead’s FireWorks Gallery has been illuminating Indigenous and local artists in Brisbane’s arts scene, with the gallery celebrating its 25th birthday this year. Owner Michael Eather cannot believe his humble gallery is broaching 25 years.

Opening in its original George Street location in the early 90s, the bricks and mortar gallery has survived the emergence of the digital era, standing tall while other galleries have come and gone around it. The FireWorks Gallery has its roots in a very organic beginning. After graduating from art school in Tasmania, Michael was living in an Aboriginal community in the Northern Territory. Having always been interested in the relationships between Aboriginal and non-Aboriginal art, Michael curated a show that the Queensland Art Gallery displayed, Balance 1990; Views Visions Influences, which was a politically charged survey of the 1980s shared influences of Indigenous and non-Indigenous work.

“After that I continued working with Aboriginal artists, organising more exhibitions and projects and we hired a gallery space in the city to show our Sydney Biennale work,” Michael explained. “Just as we were about to open, the people who owned the place decided they were going to close. So I asked them the name of the landlord and they said he was in Taiwan. I called him and negotiated a lease and quite suddenly I was a gallerist.”

After that first show in 1993, Michael’s passion for the arts reared its head, compelling him to move his gallery across the river city as the times changed, and evolving from an artist-run gallery working on a project by project basis, into a formal exhibition program. “We continued running with themes of Aboriginal and non-Aboriginal interactions and influence crossover and we were trying to create a meeting place for these ideas and people to come together. There wasn’t much around in the way of Aboriginal galleries in Brisbane in the early 90s and that became a strong emphasis in how people found out about us.”

The FireWorks Gallery has survived mostly due to continued teamwork and Michael’s thirst for showcasing a mix of urban and rural artists. “I am very passionate about the bridges that could be created between the Aboriginal and non-Aboriginal worlds in a no-nonsense way. I was interested in the practical side not only the symbolic sides. I wanted my kids to be comfortable in both worlds; that was a parental obligation. The gallery became a glorified space to push those agendas,” he said.

“I always thought a gallery could be a magical space where you can do it yourself, where we didn’t have to ask permission for anything. A few of us just had to sit down and have a chat and work on an exhibition program. It certainly gave our gallery a certain personality and we tried to keep it as professional and accessible as possible. ”To honour the gallery’s 25th anniversary, Michael plans to revel in celebrations all year, with the team working through the archives to pick out some pivotal moments. But even Michael admits there are plethora of stories to showcase. “By the time we finish organising it all, it’s probably going to be our 30th!” 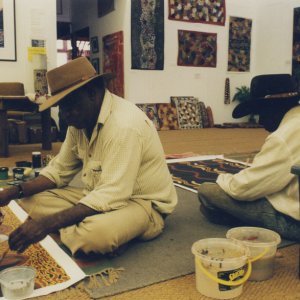 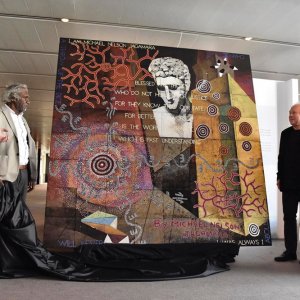 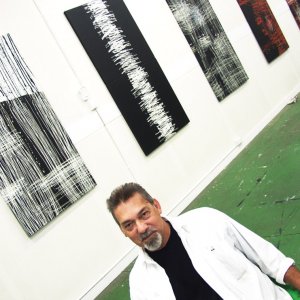 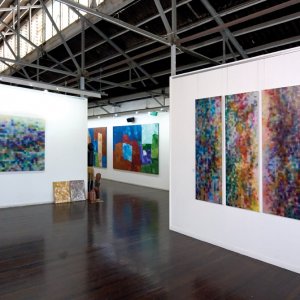 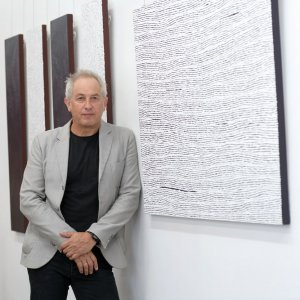 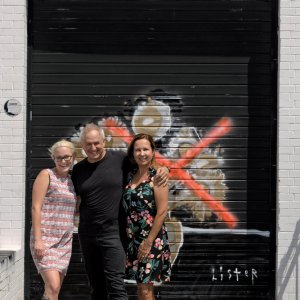 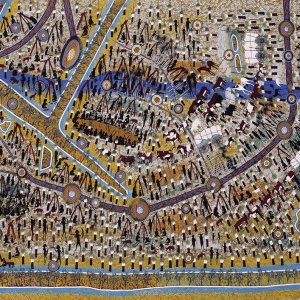 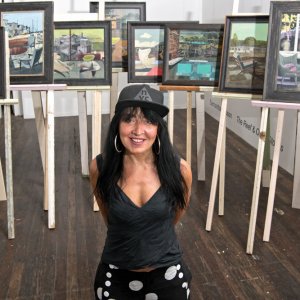 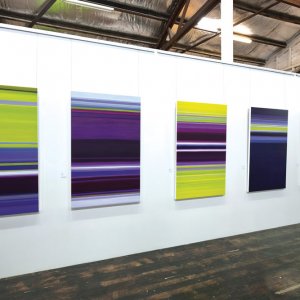 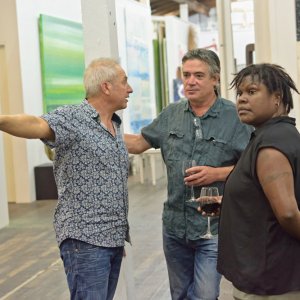 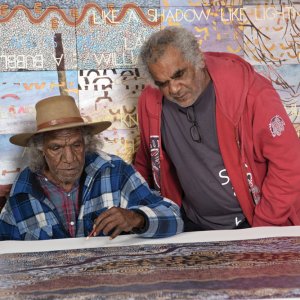 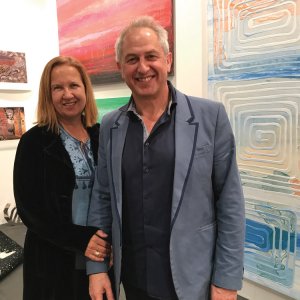