The first official Gold Coast Monopoly board has been released, allowing locals and tourists to play the world’s most popular board game in a way that immortalises the Gold Coast and its landmarks, launching in Surfers Paradise on Wednesday 24 October.

Gold Coast Deputy Mayor Donna Gates had the first roll of the dice alongside the Gold Coast Lifeguards. “What an honour it is to be able to launch this board,” she said. “I’m glad so many fans and businesses got involved in having their say, because the board truly showcases what this great city has to offer. It’s everything you love about the traditional game, adapted in a way that all Gold Coast lovers will enjoy for years to come.”

Dale Hackett, representative from Winning Moves – manufacturers of the official Gold Coast version of Monopoly under license from Hasbro – added: “I’m thrilled that this edition is the biggest City Edition ever launched in Australia. The Gold Coast community has fully embraced bringing this game to life, and now it’s available for the public to purchase and roll the dice.”

The Monopoly game first hit the shelves in 1935. Today, it is played in 114 countries and enjoyed in more than 47 different languages. The Gold Coast Edition is now available from leading toy retailers across the region. 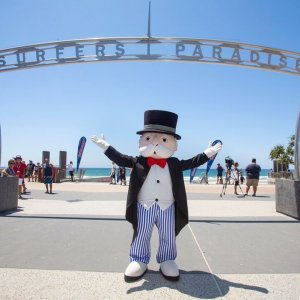 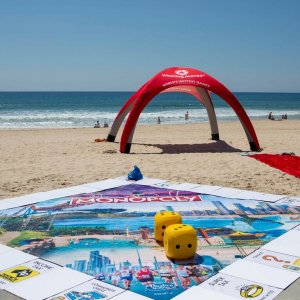 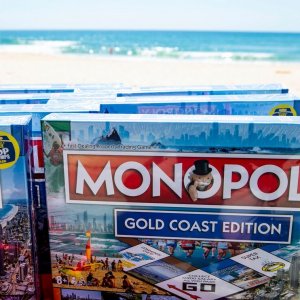