Published on February 20, 2018 | in Arts, Play
Local Indigenous models have taken part in workshops to prepare for unique contemporary fashion show Intertwined as part of Festival 2018, a multi-arts festival running alongside the Gold Coast Commonwealth Games.

Curated by internationally acclaimed fashion designer and artist Grace Lillian Lee, the event has been created in partnership with the local Aboriginal and Torres Strait Islander communities. Intertwined empowers women to express themselves and connect with their lineage through dance, music, textiles and fashion.

In the lead-up to the event,  Lee worked with local designers, taking each participant through the design process to transform their artwork into wearable art.

Working with creative collaborator and choreographer Fiona Wirrer George, the workshops then connected the models with the designed pieces and explored movement, song and dance, to create a performance which showcases the work in a contemporary fashion show.

“The process is about creating pride and preservation of culture, with the event giving the young Indigenous people involved a different view of their culture, mixing the old with the new,” Lee said.

Tipped as one of the most influential people in Queensland, Grace Lillian Lee is a multicultural Australian artist and fashion designer known for drawing inspiration from her Torres Strait Islander roots.

She has showcased in San Francisco, New Zealand, Melbourne and Sydney, and her work has been acquired by South Australian Museum and National Gallery of Victoria among others.

Intertwined will premiere on 14 and 15 April at Kurrawa Park in Broadbeach. 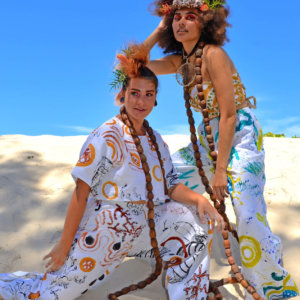 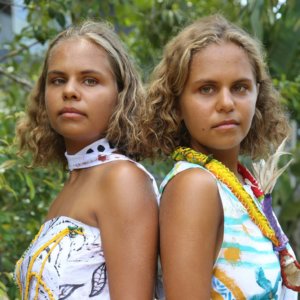 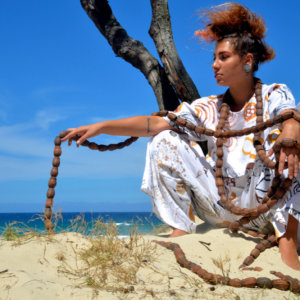