Ronin Marketing Founder and Creative Director Kurt Schubert is devoted to helping his clients with experiences and expertise.

After completing the PhD in film theory and arts at Griffith University in the 90s, Kurt was studying the plurality of story ideas and lecturing on a variety of subjects including journalism, advertising, media and marketing. As the Internet started and technology continued to develop, Kurt recognised it was no longer worth investing time and money into his PhD. Instead, he decided to turn his attention to the world of marketing. After the job interview for a leading global advertising agency, Kurt realised he would like to build something up with full control rather than working for someone else so he started to set up Ronin.

Founded during a transition period with a solid foundation of hard work and determination, Kurt prescribed himself a time limit of three weeks to get Ronin rolling. He started cold calling and sending out dozens of letters of introduction a week. “We were living in one of the Woolstore apartments. I had a laptop, a phone and a set of IKEA shelves – that was the first Ronin office,” said Kurt. Ronin was focused on traditional marketing in the early years, offering services such as telemarketing, rebranding, creating signage for trade shows and building simple websites.

Despite the smooth beginning of the business, Ronin was chugging along until the global financial crisis. “The GFC made things really tight. The economy and Australia freaked out and stopped spending money,” said Kurt. However, Kurt found new opportunities enabling Ronin to overcome the challenges. “Somewhere after that, SEO came into play a bit more. So I started looking at outsourcing it because I thought it was a unique skill set. And that’s how Amber, my wife, became involved.”

Throughout the 12 years since its inception, Ronin has developed from a one-man-band into Brisbane’s premier digital marketing agency, fulfiling the full scope of digital marketing demands and beyond. “I’m all for not missing opportunities, but instead pursuing and finding opportunities, and letting things grow organically.” With the great work and assistance of the Ronin team, Kurt believed Ronin would continue to grow and adapt. Ronin has recently moved to a prestigious new office in Newstead.

Readers also enjoyed this story about a home built from the heart. 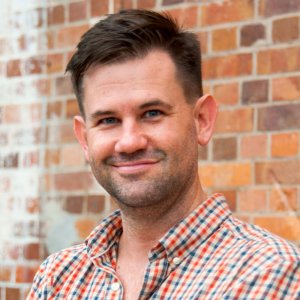 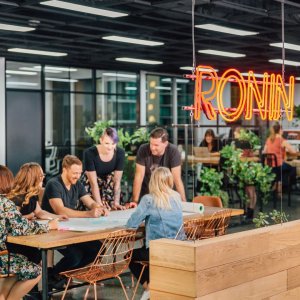 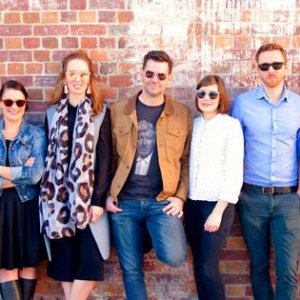