Published on February 1, 2018 | in Eat
Infusing earthy Australian flavours with a south western European influence, Gold Coast gem Little Truffle is true to its name, dishing up a menu laced with the highly prized delicacy, just a stone’s throw from Mermaid Beach.

With its beautiful setting and excellent staff, Little Truffle was an obvious choice to take home the gold in the European Restaurant category at the 2017 Savour Australia Awards for Excellence.

Little Truffle’s owner and chef, Daniel Ridgeway, is a culinary genius. Introduced to the kitchen by his Thai aunt, Daniel grew up preparing Thai banquets and helping in his family’s pizza restaurant after school, from the age of eight.

This was where his love affair with fine cuisine began. Daniel has since worked under several world leading chefs such as David Hawksworth and Andrew McConnell in London, Vancouver and Melbourne, before settling on the Gold Coast to open Little Truffle eight years ago.

The restaurant welcomes visitors into its lavish dining rooms and bar through deluxe wooden double doors, and charms them with its gilded interior.

eaturing beautiful chandeliers and elegant furniture, the feeling of opulence sets in before manager Joshua Webber has escorted guests to their table.

Once settled in, Little Truffle offers a mesmerising a la carte menu, with either a special three-course selection or a six-course degustation offering. Boasting a broad range of taste sensations, the Little Truffle fare is compelling eating for all palates.

And, if that is not enticing enough, the wine list has an abundance of reds, whites and bubbles in keeping with the establishment’s fine dining experience. Wine matching is available with the degustation menu.

When we visited, we opted for the three-course dinner selection as the whole menu sounded delicious.

For starters, there was a cauliflower, parsnip and truffle veloute with a beetroot and goats cheese salad, and what a way to set the scene for a sensational dining experience. My tastebuds were already singing before I had even started my entrée course.

The meat was melt-in-the-mouth while the gnocchi and truffle cream sauce were stunningly flavoursome, yet light. Choosing a favourite course was not easy given the depth of quality and deliciousness of the fare.

The final course appeared without a moment’s breath, a silky panna cotta, flecked with vanilla bean, and topped with variations of raspberries and strawberries.

Hints of rose sing through the woodland dessert, with basil leaves and edible flowers adding a crisp, fresh edge to an indulgent end to the degustation fanfare.

Deserving of the myriad of awards under its glinting belt, lose yourself in the old world glamour and elegance of Little Truffle. Bringing a French flare to the coast, it really is a truffle among the mushrooms.

Readers also enjoyed this story about Welcome to Bowen Hills. 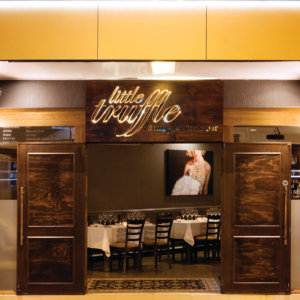 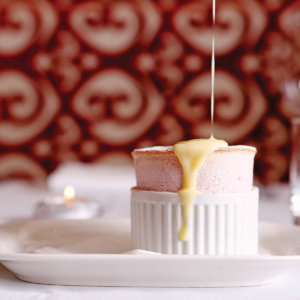 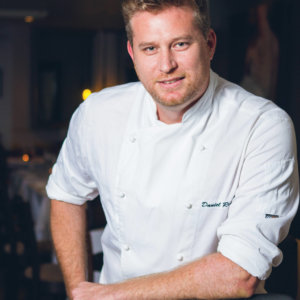 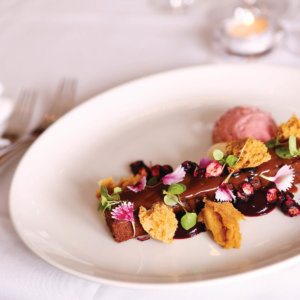 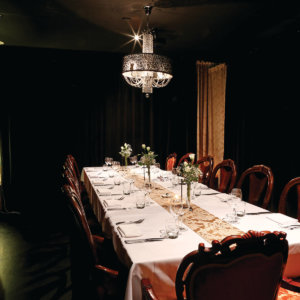 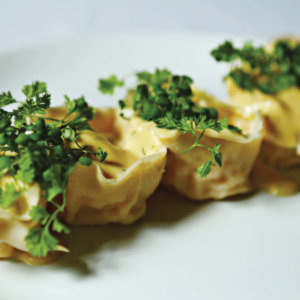