Mitchell Ogilvie was 21 when he opened Mitchell Ogilvie Menswear on Edward Street in April 1981. In that era, there were already half a dozen independent menswear operators along the street, but Mitchell’s vision was to establish a luxury boutique with a renowned standard of excellence in the international labels he stocked as well as his dedication to his customer.

Fast forward four decades and Mitchell Ogilvie Menswear is celebrating its 40th Anniversary, commemorated by a special ceremony at Brisbane City Hall on Wednesday 21 April, at which Brisbane Lord Mayor Councillor Adrian Schrinner honoured Mitchell and inducted him into the Brisbane Business Hall of Fame.

“I’m as surprised as anyone that the store is celebrating 40 years in business,” said Mitchell Ogilvie. “My loyal customers throughout all of the years have made this incredibly special milestone possible, and to them I am very grateful.”

One such customer, Sandy Horneman-Wren, remembers, “I could walk into the original Edward Street shop dressed as a student, admire the beautiful clothes with evidently no capacity to buy them except to rummage through the table of sale items and Mitch treated me exactly as he treated anyone else. He is a great guy and I suppose a retail genius because when I could afford to shop there I was never going to shop anywhere else.”

When Mitchell first opened his store, he wanted to operate the best luxury menswear boutique in Brisbane with exceptional customer service. “I always want to make it easy for the customer.” Forty years on, he has dressed some of the world’s most influential men including business leaders, politicians, royalty, judges, movie stars, performers, and leaders in their fields. One evening, Mitch’s phone rang late at home. It was Stevie Wonder’s team wanting to come into the store following a concert in Brisbane. Stevie had asked for the best menswear store in Brisbane, and as such, Mitchell opened the store just for Stevie (who ended up purchasing clothing not only for himself but for all of his crew).

Like all successful retail stores, Mitchell Ogilvie Menswear prides itself on its positive, healthy workplace culture in which each member of the team has the space and encouragement to grow. A key figure in that culture is Manager and Director, Aung Lynn, who explained, “Mitch always treats us like family, and it reflects on the positive work culture that exists. I always have had a passion for fashion but over the years I have learned so much about the business side of it from Mitch, and I’m still learning.”

Mitchell reflected on the past four decades, and his business milestone. “I would be nowhere without my great staff over the years. This kind recognition by Adrian Schrinner, Lord Mayor, is as much for them as it is for me,” said Ogilvie. 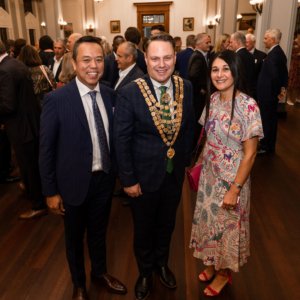 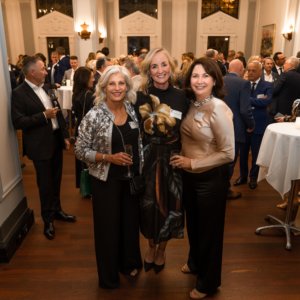 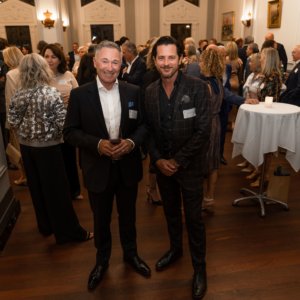 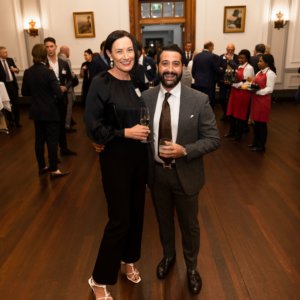 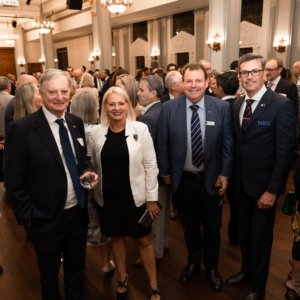 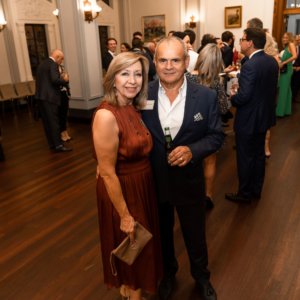 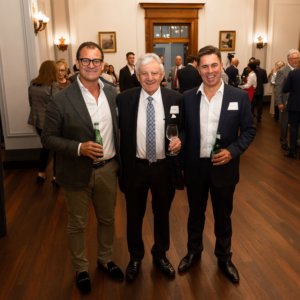 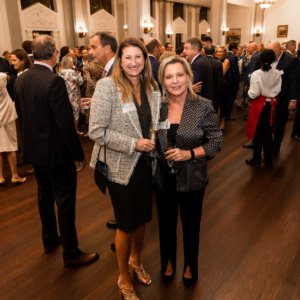 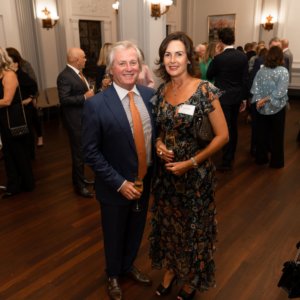 Words and Images via Glowbored PR