The first thing I notice about Elizabeth O’Connor-Cowley is her necklace. Bold anodised aluminium custom made baubles cling to a matte black rubber collar — the epitome of simple flair. This style speaks volumes about O’Connor-Cowley’s latest label, Article, creating the perfect union between minimalism and “a standout”.

Tucked away off Fortitude Valley’s stylish James Street, in The Calile Hotel porte-cochère behind an expansive glass display, Article staged a temporary pop up earlier this year where their cutting edge designs could be viewed in person. O’Connor-Cowley, founder of former children’s clothing brand eeni meeni miini moh, is alight with excitement as she showcases the products in her new range. “It’s like I have died and gone to heaven now because designing handbags and statement jewellery is a lot of fun. I have got a plethora of extra ideas on the drawing board that I’m waiting to develop,” she says.

Growing up in rural Queensland, O’Connor-Cowley comes from a family of seamstresses and has always had an appreciation for sewing. Despite this, it took a trip to Paris in her late 20s with her husband to be inspired to break into the fashion industry. With plans to have a family at the forefront of her mind during her Parisian getaway, O’Connor-Cowley noticed stylish children’s clothing labels in Europe of a standard she had not seen available in Australia.

Seventeen thriving years later, eeni meeni miini moh was the first Australian brand to be invited to showcase a collection at the prestigious Pitti Immagine Bimbo in Florence. The label was worn by the offspring of Hugh Jackman, Naomi Watts, Chris Hemsworth, Miranda Kerr and Cate Blanchett. But when asked about the highlight of her career, O’Connor-Cowley says it is not the glitz and glamour that comes to mind but rather the everyday moments. “Walking down the street and seeing complete strangers wearing our label was always something that I really held dear. I love children. I have always, and will always, love children.”

The success of her former brand did not distract O’Connor-Cowley from taking a new direction with Article. Also nodding to her time spent in Europe, the designer’s pochettes and handbags abide by the motto ‘form and function’. Timeless and elegant on the outside, they are lined with pockets and have ample space to host necessities. “I wanted to create a pochette that didn’t look like a python having just swallowed a porcupine,” O’Connor-Cowley laughs.

It is evident the designer has thoughtfully incorporated aspects of her experience into each creation. Having studied Visual Arts at the Queensland University of Technology before working in commercial interiors, O’Connor-Cowley is versed in both design and logic. Her colour scheme is appetising, with a focus on neutral tones. Prussian blue and ballet pink make recurring appearances this season, with interchangeable straps and accessories making the carriers customisable to match any outfit.

In what she describes as an increasingly consumer driven society, O’Connor-Cowley focuses on slow fashion creating long lasting, versatile and modish products. She has an aptitude for fashion, an appetite for style and a vision to bring Paris to the streets of Brisbane.

Readers also enjoyed this story about The Calile Hotel designer pop up. 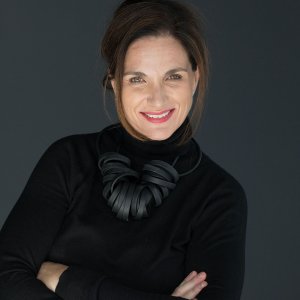 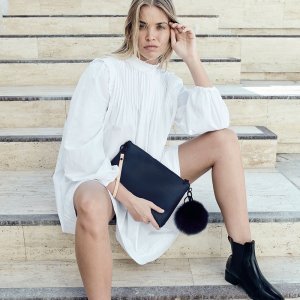 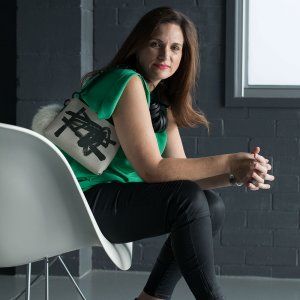 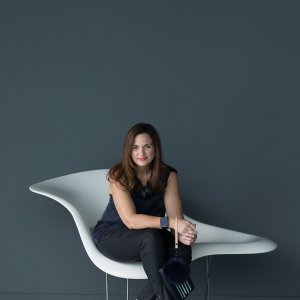 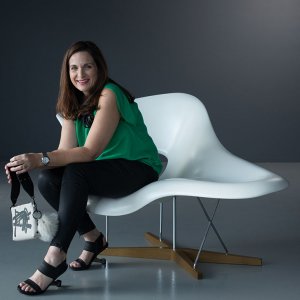 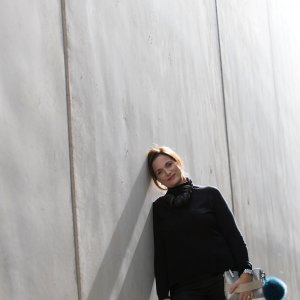 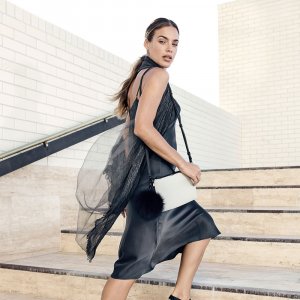 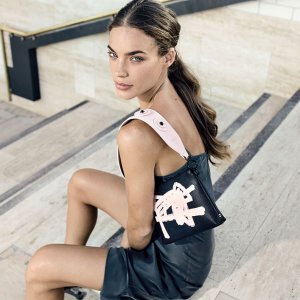 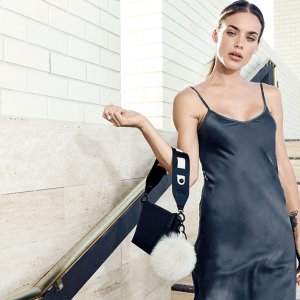 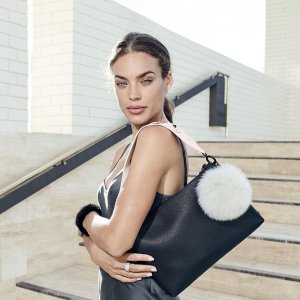 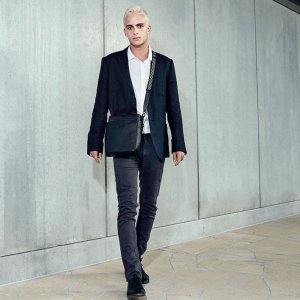 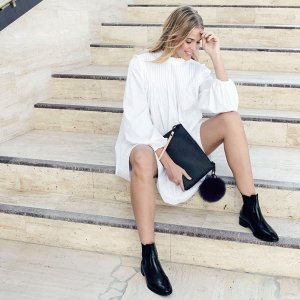