Luxury cruiser Seadeck is returning to Brisbane for a second season. Following a sold out first season last year, Seadeck will return to the Brisbane River this May. The return marks a departure from the cooler Sydney winter so that customers can enjoy sophisticated cruising throughout the much milder Brisbane months, set to sail until mid-September. Seadeck Managing Partner Scott Robertson said guests traveled from all over Queensland to experience last year’s event.

“We were blown away by the overwhelmingly positive response to Seadeck’s first season in Brisbane last year,” said Scott. “Everyone made us instantly feel at home and we enjoyed it so much that we have decided to come back earlier for an extended second season with our Brisbane friends.”

Seadeck’s elegant design transports party goers to the 1930s and 1940s when luxury cruising was at its peak and boat design was considered an art form. Measuring 42 meters and hosting 410 guests, the hand crafted European vessel has three vast decks offering 360 degree views of the Brisbane city skyline. Each deck features lounge seating and bespoke furniture sourced from suppliers worldwide.

Seadeck allows customers to trade the urban bustle for an afternoon or evening soaking up the sun, while enjoying scenic river city views, food, and entertainment by local DJs. 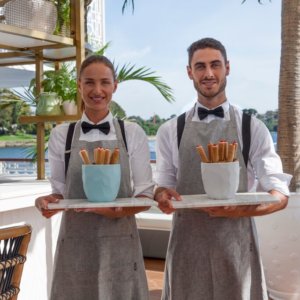 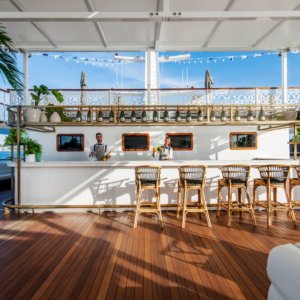 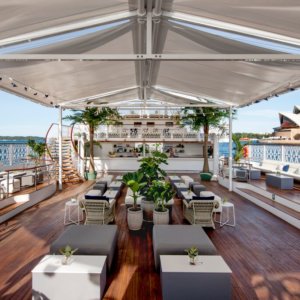