The Curated Plate, a new four-day destination food festival is set to make its debut on the Sunshine Coast on 8 to 11 August. In a celebration of the relationship between the chef and producer, the festival will bring together the region’s finest produce with the best chefs in the Australian and international dining scene.

Exclusive culinary events will span the region, bringing to life the unique local culture. The Sunshine Coast’s acclaimed produce and producers, sustainable practices, artisan culture, and health and wellness, will form key themes of the festival, with local experiences – from food trails to farms tours – also featuring in the program.

In a sneak peak of the line-up of top chef talent, Tokyo’s Zaiyu Hasegawa from the two Michelin Star restaurant, Den, will join the festival in a special collaboration with Sunshine Coast chef, Daniel Jarrett at his one Chef Hat restaurant, The Tamarind. As one of the most exciting and creative chefs in the world, Hasegawa this year took the Highest Climber Award in the coveted World’s 50 Best Restaurants list; while on Asia’s 50 Best list, Den was named the Best Restaurant in Japan and ranked second on the list.

The full festival program of events and talent line up will be revealed in March, 2019. Mayor Mark Jamieson said the festival will be a platform to celebrate the producers and restaurants that have long called the Sunshine Coast home. “This new event will be fantastic way to showcase our region and profile our local award-winning food producers and restaurateurs,” he said. “We look forward to welcoming guests to our beautiful part of the world and invite them to discover what makes us such a great destination for fantastic food.”

Visit Sunshine Coast CEO Simon Latchford added to the Mayor’s comments. “The Sunshine Coast is one of Australia’s premier regions for quality produce – it has more than 740 restaurants, 400 food tourism experiences, six dining precincts, 13 new craft breweries, some of the best farmers markets in the country and provides much of Queensland’s fish, seafood, fruit, vegetables and poultry exports,” he said. “While our beaches and year-round attractive climate might be the primary reasons for visitors choosing the Sunshine Coast for their holiday, the fact that we can deliver such high-quality food from paddock to plate is becoming an increasingly significant attraction for discerning travellers.”

Tourism Industry Development Minister Kate Jones said this new event would shine a light on the region’s rich culinary offerings. “The Curated Plate – Culinary Festival will help raise the profile of the Sunshine Coast as a ‘foodie’ destination,” she said. “The Sunshine Coast is well-known for its beaches, rainforests and mountain ranges – but it also boasts with high-quality produce and unique paddock to plate dining experiences. Tourism is a vital industry for the Sunshine Coast, injecting $2.5 billion into the local economy and supporting 23,000 local jobs. That’s why the Palaszczuk Government is proud to be supporting this event that will showcase the great produce of the Sunshine Coast. We invest in local events because they deliver a strong economic return for the tourism industry.” 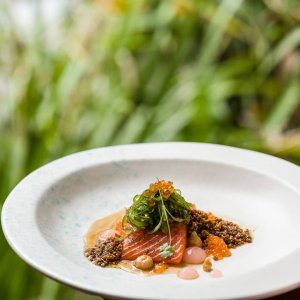 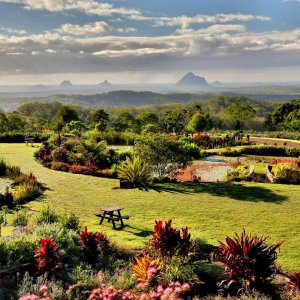 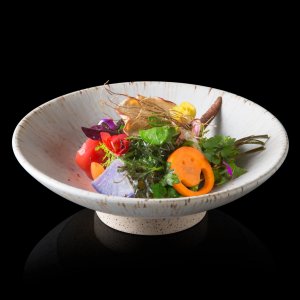