Comprising two pods, the unusual seaside home was inspired by the work of Mexican architect Javier Senosiain and brought to life by Gold Coast firm Raunik Design Group. Emma Raunik explains the genesis of the concept. “The client has always loved organic, curved shapes. When he came across some completed works by Mexican architect Javier Senosiain, he saw these curves and the potential for a future home. Javier was commissioned for an initial concept design, and subsequently Raunik Design Group was engaged to develop this concept into reality.”

An organic design sees the home in conversation with the surrounding landscape, using a language of curves rather than angles. Externally, the off-form concrete home has been rendered with a smooth finish, reminiscent of a river pebble. The futuristic design language is continued inside where custom joinery and finishes create a bespoke space. Soft and free flowing, the home sits in contrast to the sharp lines and angles of the surrounding highrise buildings, instead taking cues from the rolling waves and smooth white sand of the beach below. Strengthening this connection, a bed of white basalt rocks forms the front landscaping of the home, bringing the beach feel to the front door. Expansive glass windows and doors at the front of each of the home’s two pods provide uninterrupted views of the ocean and across Point Danger.

Rejection, convention, challenges and opportunities were abundant throughout the project. “Raunik Design Group have traditionally designed contemporary-modern projects using strong linear and geometric elements, so this new organic form was entering new design territory,” Emma said. Leaving the right angle behind, the structure’s unconventional shape required the main building material — concrete —to be pushed beyond its normal use. Completely ordinary on its own and used extensively in building projects, pushing the boundaries of the material required some specialist help. “The formwork for the concrete was actually built by film set designers, who had the technology to import our 3D model and cut the curved foam pieces, which were then assembled on site piece by piece,” Emma said.

Exceptional and inventive craftmanship continues inside the home. The timber room features curved blackbutt timber veneer on all surfaces. “After the minimalist white concrete surfaces of the rest of the house, the timber room is such a contrast with warmth, texture, and even the smell of timber,” Emma said. “It’s one of our favourite rooms in the house!”

Several years in the making, the completed home has received much attention from interested locals and passers by. “As could be expected from such a unique and futuristic building on a landmark site, public perception has been hugely varied. Everybody has an opinion, and it seems that everybody has a different nickname for the house,” Emma said. “Overall the feedback has been very positive, and we think it’s great that the public are engaging with the architecture and that the architecture is provoking conversation in the public.” 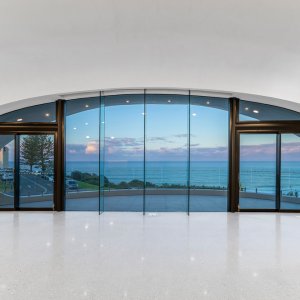 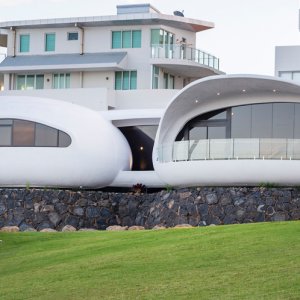 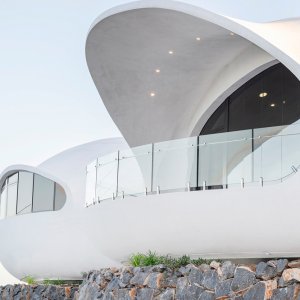 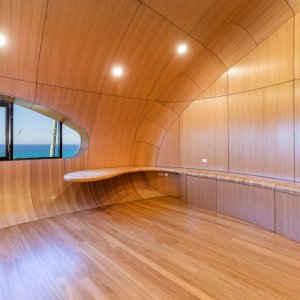 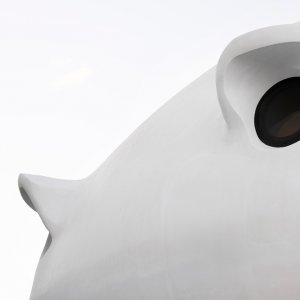 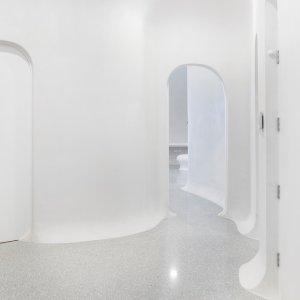 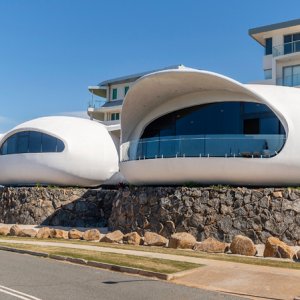 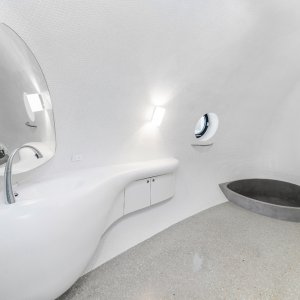 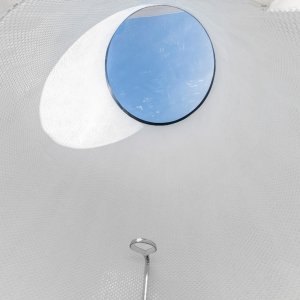 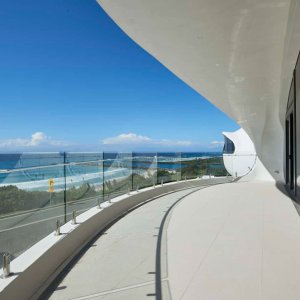 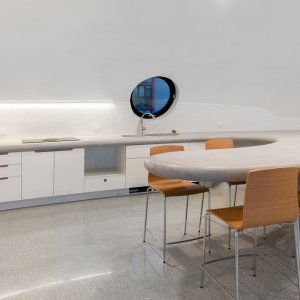 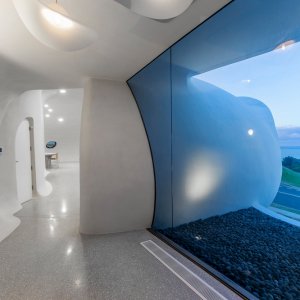 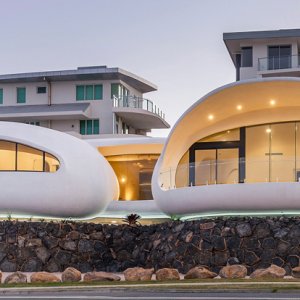 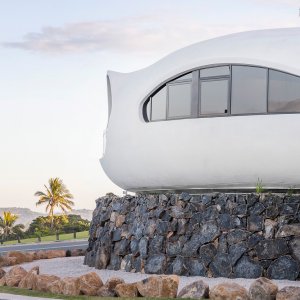 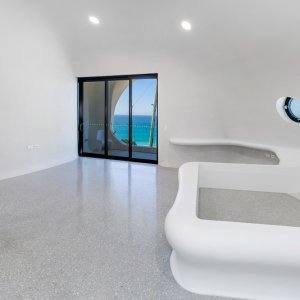 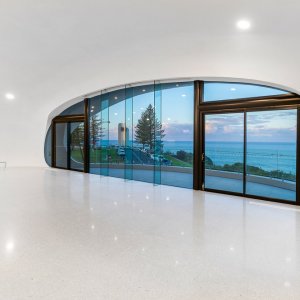 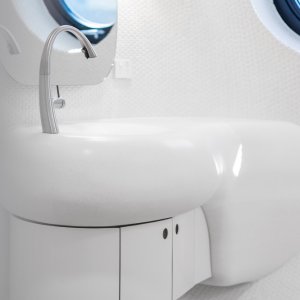 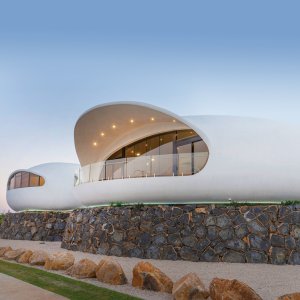