The Balfour Kitchen has welcomed Head Chef Nick Stapleton to the Spicers Balfour Hotel kitchen, bringing with him a whimsical vision and relentless search for flavour. The new dinner menu, boasting small, medium and large dishes for the perfect helping, conquers exotic staples finished with twists of contemporary flair.

Stapleton’s menu is primarily inspired by Vietnamese cuisine but also draws on traditional French techniques. Growing up with a mother who had her own restaurant, Nick learnt to love simple cooking that respected the ingredients; pasta, roast chicken, slow cooked pork shoulder. As he became a chef himself, he developed the desire to surprise with his food – to put a twist on his dishes.  In his own words, “I like to go left, when everyone else goes right – I like to merge the best of cultural cuisines.”

His favourite recipe for pork shoulder is a taste of Mexico, while his preferred dish of pork belly is pure Szechuan. Now an acclaimed chef with several awards under his hat, Nick has brought his creative vision to an impressive roll call of kitchens including the London Club, Anise Wine Bar, Survey Company, Gordita, Ginger’s Diner, Hope & Anchor and Altitude on Montville. Of these, his greatest love was Survey Company where he settled after a gastronomic tour of Singapore, England, Paris and Northern Spain.  From 2012, for three years, his innovative and quirky menu at Survey Company attracted high praise and a steady trail of dinners into Burnett Laneway seeking standout dishes like his duck.

In 2017 and 2018 his drive for perfection saw him awarded Restaurant and Catering best Site Contract Caterer while running Flight Centre’s HQ. Following this success, Nick spent a year at Altitude on Montville before accepting an offer to join Spicers as Head Chef at The Balfour Kitchen.

This move appealed to his spirit of adventure, bringing him back to the heart of Brisbane and allowing him the freedom to craft his playful takes on cuisine classics.  Do his dishes add a French twist to Vietnamese food, or a Vietnamese twist to French style? Only the taster will find out at The Balfour Kitchen, the inner-city escape from hustle and bustle.

Readers also enjoyed this story about the Bleach 2019 Opening. 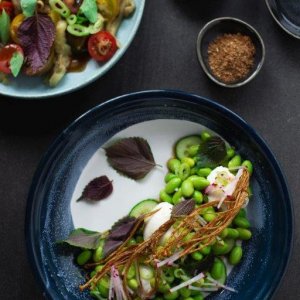 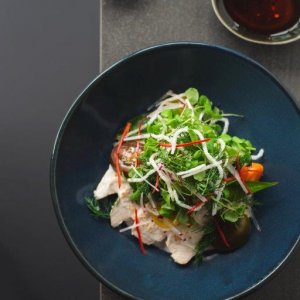 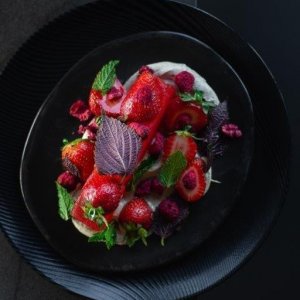 Words by Ashley Hanger
Images via The Balfour Kitchen