The Star Entertainment Group and its partners last week announced plans to fast-track development on a fourth hotel in the multi-billion dollar investment to transform The Star Gold Coast at Broadbeach. A new five-star hotel, lagoon style pools, a nightlife precinct plus additional restaurants and bars are all features and attractions of the proposed tower to be positioned south of the Doresett hotel and apartments which are currently under construction. It is hoped that work on the new tower will commence next year, with pre-sale of apartments launching next month.

The new five-star hotel at The Star Gold Coast would complement the existing The Star Grand hotel, The Darling hotel and the first Dorsett hotel in Australia, which is due for completion in 2022. CEO and Managing Director of The Star Entertainment Group, Matt Bekier says this is a big step of the group. “We are committed to the Gold Coast, committed to Queensland, committed to driving increased tourism and significant economic benefits for this State,” said Bekier. “Together with our partners, Chow Tai Fook and Far East Consortium, we are delivering a world class global tourism and entertainment destination of which this region can be proud.”

Bekier also feels that this will make this Gold Coast resort competitive on the international stage. “Our recent investments have delivered some of the best restaurants and nightlife facilities in this state – from Kiyomi and Cucina Vivo on the dining side to the increasingly popular Nineteen at The Star restaurant and lounge bar which has just celebrated its first birthday. If our masterplan is rolled out in full – and there is so much more we would like to deliver – The Star Gold Coast will be the equal of the finest integrated resorts in the world and complement our $3.6 billion project at Queen’s Wharf Brisbane,” said Bekier.

The group hopes that this will turbo-charge the tourism industry for South East Queensland and draw both interstate and international visitors alike. Bekier said the tourism potential for The Star Gold Coast is considerably exciting and will provide for locals just as much as it will visitors.

The Star has today also unveiled plans for a new dining precinct to connect the existing The Star Grand hotel, restaurant and gaming complex to the Dorsett hotel and apartments tower once the latter is completed. The restaurant “avenue” plans include a steak and seafood grill house, a designer sweet bar, plus three Asian-inspired restaurants – one with live seafood and private dining facilities. 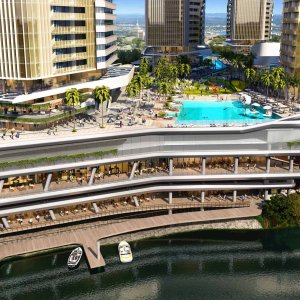 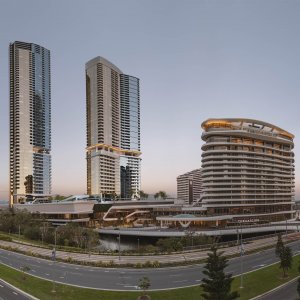 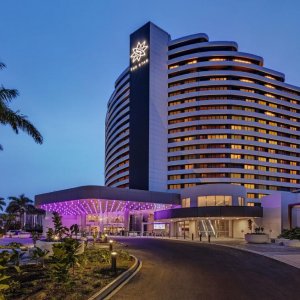