Join Claude Ballard on his journey through the silent film scene in Dominic Smith’s latest book The Electric Hotel.

Paris, 1895: 22-year old Claude Ballard interviews for a job as a ‘concession agent’ for the Lumière brothers, the inventors of cinema. With a CV that contains a reel of his sister’s dying breaths, it’s clear how much Claude will put at stake to realise his dreams. While traveling to evangelise this new medium, Claude meets the legendary actress Sabine Montrose, during the last hours of her fortieth birthday in her Manhattan hotel room — and it’s not long before inspiration strikes and his fate is sealed.

Los Angeles, 1962: For more than three decades, Claude Ballard has been living at the Hollywood Knickerbocker Hotel. A French pioneer of silent films, Claude now spends his days foraging mushrooms in the hills of Los Angeles and taking photographs of the runaways and striplings along Sunset Boulevard. But when a film-history student comes to interview Claude about The Electric Hotel — the lost masterpiece that bankrupted him and ended the career of his muse, Sabine Montrose — the past comes surging back. In his run-down hotel suite, the ravages of the past are waiting to be excavated: celluloid fragments and reels in desperate need of restoration, and Claude’s memories of the woman who inspired and beguiled him.

On the origins of the novel, Dominic Smith said: “I’ve long been interested in the gaps and silences of history and with The Electric Hotel, I’m tapping into an entire missing layer of cinematic history. The Library of Congress reports that more than 75 per cent of all silent films are lost forever, so I began with a single question: what if there is a masterpiece we have never seen? That was the leaping off point for this book and for several years of research that took me from the cliffs of Fort Lee, New Jersey to the childhood home of the Lumière brothers to a town in northern Italy that hosts the world’s largest silent film festival every year.” 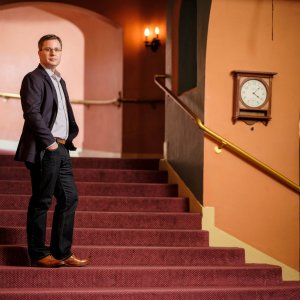 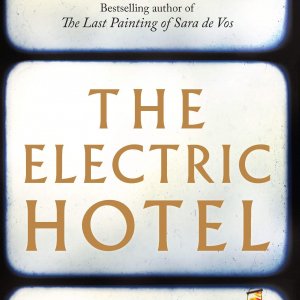 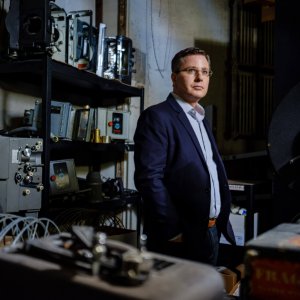 Words by Brigitte Ferguson
Images via Allen and Unwin