Leading Australian artist Robert Brownhall’s visual diary is the basis of his new exhibition at Philip Bacon Galleries this month. The paintings he has produced trace his observations of the ordinary that has characterised the duress of the 2020 pandemic.

Everyday scenes become intense, take on a beauty that often goes unnoticed, or appear comic and at times mysterious under Brownhall’s brush. Birds appear as the sole occupants of urban rooftops, city scenes are remote, depicted from afar and aeroplanes are grounded. “My process is to record city scenes, and those from beach culture and coastal life that are rarely celebrated, and interactions I see or imagine between people. First, I draw my chosen subjects and then, in the studio, I turn those drawings into paintings,” he said.

The exhibition with Philip Bacon is his first major show in two years, following the cancellation of the New York Art Fair in 2020 (due to COVID-19). Each painting is accompanied by the drawing that inspired its development. “I’m keen to capture and work toward a sense of normality with this exhibition, but also recognise the shifts that we have all experienced. Events of this year have seen an inward focus. There is a new reliance on personal resources that I think is visible in my paintings, with people closer to home. The natural world has loomed larger too given the slowing of industry.”

This intriguing selection includes paintings of scenes witnessed in and around Brisbane, lonely roads and landscapes. It is being shown at Philip Bacon Galleries from 16 March to 10 April, 2021. “Robert has now been represented by my gallery for over fifteen years and his work continues to capture the imagination of our clients and supporters alike. His paintings are definite and evocative, he makes us think about our landscape and our place in it,” says Philip.

“We are drawn to the familiar and even if we don’t know the exact location of his subject there is something recognisable and thought provoking in each image. We are looking forward to his exhibition at the Philip Bacon Galleries in March 2021.”This exhibition is the first for Brownhall in 2021, and will be followed by an exhibition of his work with Rebecca Hossack in the New York Art Fair (April/May 2021). He is also producing a significant body of new work for an exhibition which evokes important personal territory, to be shown at Bundaberg Art Gallery in mid 2021.

Robert Brownhall is a well-known realist painter, inspired by his local environment. He has a unique, quirky style and a birds-eye view of scenes, characterised by a strong connection to place, moody nocturnes, broad sweep panoramas and gritty vignettes of urban life. These range from urban scenes and recreational areas in Brisbane and on the nearby Gold and Sunshine Coasts, to the ski slopes of New South Wales, and the New England Highway and Sydney. These paintings have significantly extended the visual poetry associated with these areas of work, play and industry in Australia.

Readers also enjoyed our review of Dark Side of the Harbour 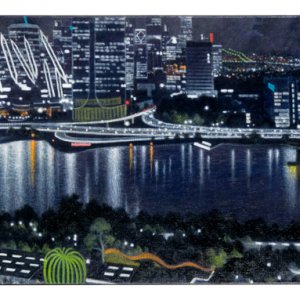 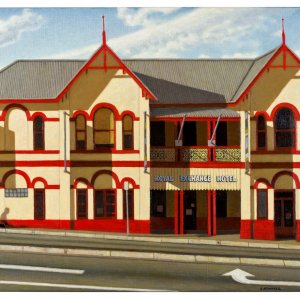 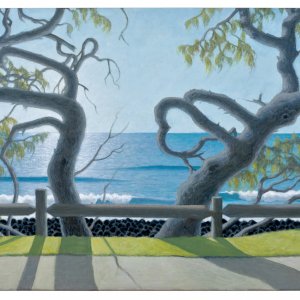 Words and Image via M4 Agency