More than 3000 schools took part in one of Australia’s largest school music participation programs Music: Count Us In (MCUI) on Thursday 1 November. Now in its 12th year, students from every corner of the country took part to sing the same song, on the same day, at the same time.

This year’s flagship event at Hobart’s Bellerive Boardwalk saw more than 2000 students join together in song, led by long term ambassador John Foreman OAM and 2018 program mentor Justine Clarke. Justine said she was excited to be a MCUI mentor. “I’m thrilled to be part of this program that promotes music education, creativity and community in one loud and joyful song that’s heard right across the country.”

Prime Minister Scott Morrison has also commented on the program. “Music can enrich and inspire, evoking passion and challenging the way we think,” he said. “The National Celebration Day is a great opportunity to highlight this gift, as students across Australia come together to sing the song that stops the nation. I encourage as many schools as possible to get involved and draw inspiration from music’s unifying power.” 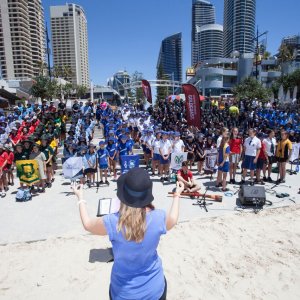 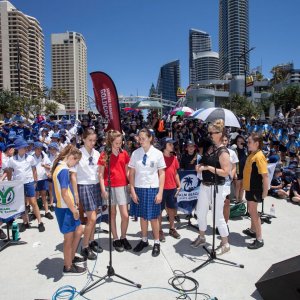 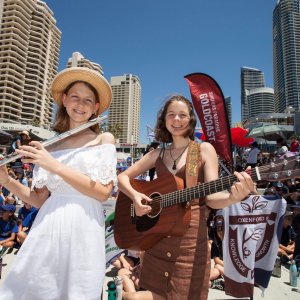 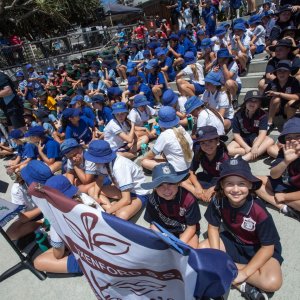 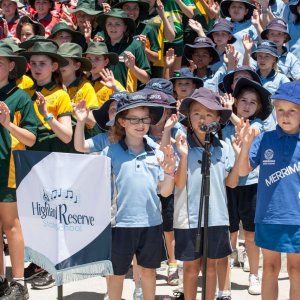 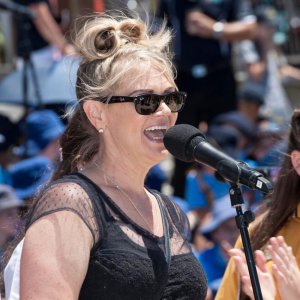 Words by Alice Ball
Images via Count Us In