Situated at Sanctuary Cove on the northern Gold Coast, Cove House celebrates the very best in modern architecture. Winner of the 2019 Queensland Architecture Award for Regional Project of the Year (Gold Coast Region), Cove House is celebrated for its lines, edges and tactile exploration into thresholds. The project’s architect, Justin Humphrey, emphasises the uniqueness of the design. “We chose to express and celebrate the house’s edge through a grand tactile gesture that beckons engagement and communicates the materiality of the house to passing neighbours,” Humphrey said.

As amazing as the design aspects of the house are, the project was not without its structural challenges. “In designing and executing the materially rich detailing of the house there were some difficulties that had to be resolved on site. The close relationship with the builders and contractors was essential in enabling the details to be constructed according to their design intent with little compromise,” Humphrey said. Of particular difficulty, was the requirement to have a fire-rated wall on the easement boundary which would have prevented the prevailing easterly breezes entering the house. “The house required careful consideration during design to ensure breeze paths were maintained throughout the house without traditional openings from the east,” he said. The design of Cove House challenged the traditional response to similar easement conditions by embracing the boundary and communicating the rich materiality of the house.

Conforming to the client brief, the true highlight of the house is the sub-tropical atmosphere it offers. “Once the timber battened front screen is closed and the sliding doors to the landscaped courtyard are open, the house becomes a private sanctuary where landscape folds into the building form,” Humphrey said. The house contains three ensuited bedrooms which include the master bedroom with elevated ensuite. “Generally, in the house, daily patterns of inhabitation are celebrated through the creation of moments through subtle design gestures and manipulations of the ground plane. The elevated master ensuite is the epitome of this,” Humphrey said.

One of the most interesting spaces in the house is the Garden Room. “It is where we were able to challenge traditional ideas of security, arrival and enclosure,” Humphrey said. The Garden Room is the first threshold between public and private, and while the screening and open roof beams suggest enclosure, the open sky, water view and immediate immersion in tropical landscaping speak of connection to outside,” Humphrey said. Many of the principal design aspects were dictated by site location. The interior courtyard gardens allowed scintillating natural light to flood deep into the interior living areas. The large northern roof allows ample natural heating during winter, with the roof overhang allowing the winter sun to infiltrate and warm the stone covered terrace. With many considered design responses, this house is a true architectural home deserving of its industry awards and recognition. 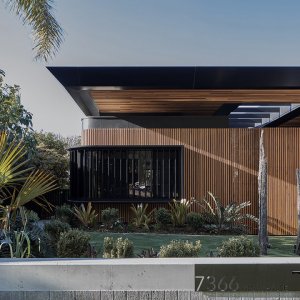 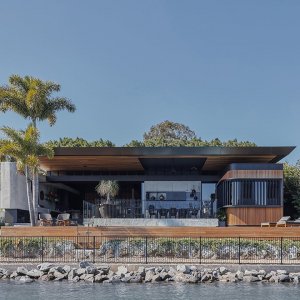 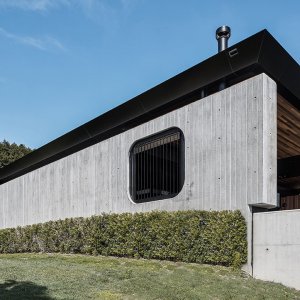 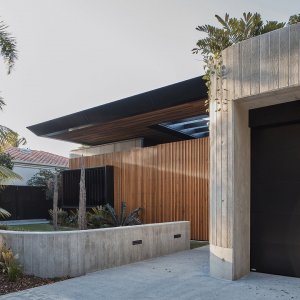 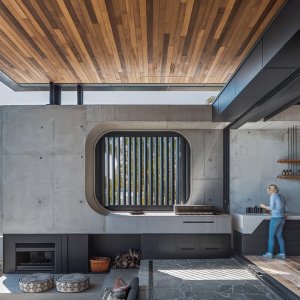 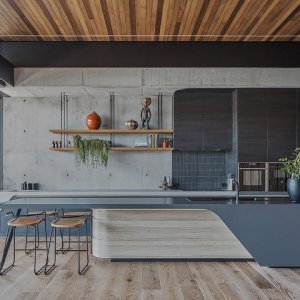 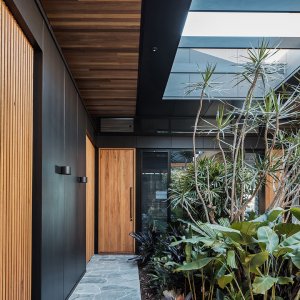 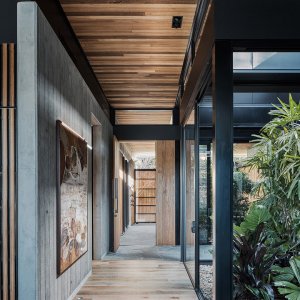 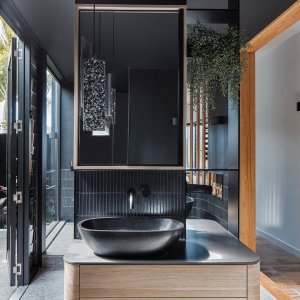