As you can see from a quote in the film above, Donne-moi des ailes, or Spread Your Wings in English, is a compelling story about nature, but specifically about the importance of protecting our planet’s endangered species.

Directed by Nicolas Vanier, movie producer and adventurer, the film follows the journey of a visionary scientist and his son who have a farfetched plan that aims to save the endangered barnacle goose. With an ultra-light aircraft and some rebellious acts against the French and Norwegian authorities, the father-son duo plan to raise the geese and guide them on a spectacular journey across northern European skies.

Encompassing phenomenal cinematography, the film boasts thrilling aerial shots, making the viewer fall a little deeper in love with the characters, birds and, of course, the breathtaking views of regional, European landscapes. Accompanying the cinematography was a stunning playlist of instrumentals, mostly by award winning French composer, Armand Amar.

Mixing humour and crime, the film is a portrayal of extreme bravery, determination and rebellion for the better of humanity. It makes an interesting reflection on the concept of rebellion and how acts of rebellion have become constructed as a result of those who make and changes laws. But sometimes these laws are not in the best interest of the earth’s ecology. The sweet, easy-going, inspirational storyline is a beautiful, non-violent portrayal of how human beings and animals live in harmony on mother earth. As quoted in the film: “We don’t inherit the earth from our ancestors, we borrow it from our children” (A Native American proverb).

I must say that everything seemed to flow a little too nicely and lacked some intensity, leaving the film a bit innocuous. Nevertheless, I would still classify it as a must-see film. Its message is crucial and makes for either a good family movie, or that feel-good movie you’re looking for on a night in. 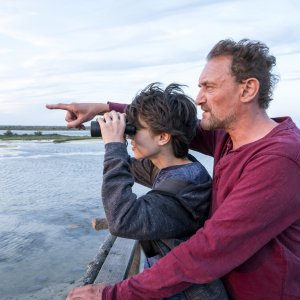 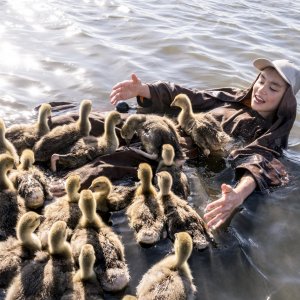 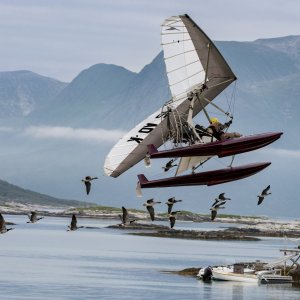