Returning to Australia after pioneering success in London with vegetable focused restaurant The Grain Store, Bruno Loubet and his wife Catherine have their whisks set on opening their very own cooking school, Willow Vale.

Born in Bordeaux, Bruno was awarded the 1985 Good Food Guide’s Young Chef of the Year before becoming Head Chef at two Michelin-starred Manoir aux Quat’Saisons in Oxford. Earning a Michelin star at the Four Seasons London within a year of becoming Head Chef, he then opened Bistrot Burno in Soho and L’Odeon. After moving to Australia in 2001, he opened French restaurant Bruno’s Tables in Toowong, while travelling abroad to collaborate with international chefs.

Catherine says she and Bruno have always wanted to take on a project like this, and after having seen the Willow Vale property several years earlier, the couple jumped at the opportunity when the property came on the market. “It’s something we’ve always had our minds to when we finished with the restaurant world,” admits Catherine, although the pair still have a foot in the hospitality world, having recently opened Bruno’s latest café Seeds at Brisbane Airport in partnership with Airport Retail Enterprises. “We’re a bit too young to stop and not do anything; we need to have a passion. The fact we’re doing this on our own property which we absolutely love, it’s just best of both worlds really.”

The cooking school will run small workshops of six to eight people, suiting all skill levels from home cooks looking to perfect the complicated artform, to professional chefs. “We want to keep it very personal, so people will come and cook and then have a meal and make it a whole day experience,” says Catherine. She describes how the school would run workshops on almost anything, from bread making to filleting fish. “The opportunities are endless and because we are small enough, we can adjust for what people want. We’re not tied to do anything.”

Both Catherine and Bruno have a love for organic, sustainable produce with a sincere focus on vegetables. While Bruno was raised on homegrown produce and very little meat, Catherine discovered as an adult that eliminating meat and dairy from her diet greatly improved her health. “There’s nothing wrong with eating a little bit of it. I really do think that. Bruno eats meat, I sometimes eat fish, but it’s just there’s been so much abuse in animal production. I don’t just mean physical abuse but mass production and everything at a cost that people can afford. Antibiotics and all that sort of thing. The thing we want to do with the school is encourage producers who are producing it the right way.”

Bruno and Catherine will source meat for the school from local producers, but their vegetables and fruit will be grown entirely on the property. Bruno follows the moon cycle when planting his produce and uses flowers and permaculture for natural pest control to ensure his vegetables are completely organic. Catherine believes this approach to growing produce will set Willow Vale Cooking School apart from other culinary schools. “I know there’s a lot of small cooking schools around, but not many by a chef of Bruno’s calibre and who’s got a passion for the produce as well. When you see what we’ve done with growing the veges ourselves, you have a sense of the passion behind it.”

Led by a Michelin-star chef and his equally passionate wife, Willow Vale Cooking School will take home cooks on a journey from paddock to plate, nurturing the body from inside out. 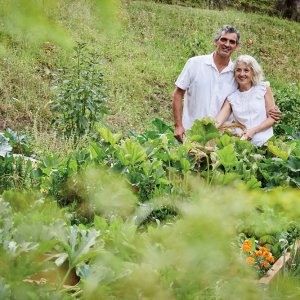 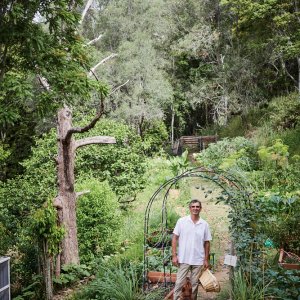 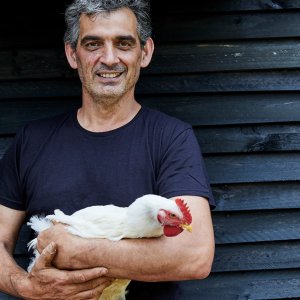