Self-titled Flavour Pimp Annie explained how she and her two other co-owners had all worked stints in hospitality. “We would often chat about it after a few beers,” says Annie. “We wanted an opportunity to serve food and drinks we really believed in by opening our own place, and decided one day to just jump in.”

Mongrel started out as a pop-up at different venues around Brisbane to get a taste for how people would respond to the menu and concept. “It was a heap of work with our full time jobs, but a heap of fun,” says Annie. “We got some money and a bit of a brand behind ourselves. We set our sights on looking for our forever home and found our place in Milton.” Annie says that the Milton vibe was a perfect match for Mongrel. “It’s a really cool area that’s growing into a great little hub,” she says. “We’re really chuffed to have a place here.” The design and fit out is a little bit scruffy and a little bit street, but mainly a big mix of things. “The venue layout is basically inspired by our living rooms, with the art and plants from our own places,” Annie explains. “We want to create an easy place to hang out, drink beers and eat some good food with mates.”

For the adventurous foodies, Mongrel serves up lamb brain croquettes and ox tongue tacos. Annie explains that Mongrel is keen to profile some interesting and lesser used meats. “Our food is our point of difference,” says Annie. “We’re basically serving up things we think are delicious and go great with a drink. As long as it tastes good, we’ll serve it!” The restaurant also offers common bar bites with a Peruvian twist, such as chorizo loaded chips, deep fried wontons, Peruvian pesto noodles and mushroom ceviche. There are also gluten free, vegetarian, vegan options available. The bar has a selection of craft beers, wines and cocktails all on rotation, and Mongrel sometimes even creates their own brews.

Mongrel is open daily from 12 noon until late.

Readers also enjoyed this story about the Savour Australia awards. 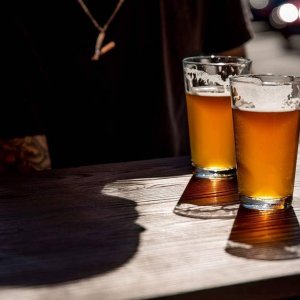 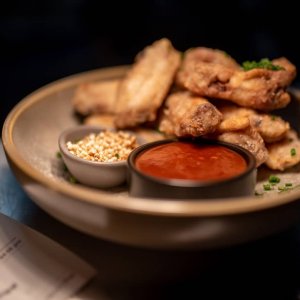 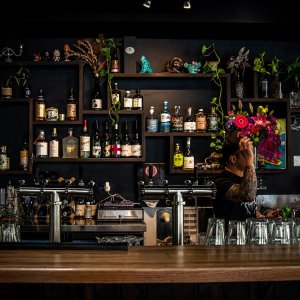