Pony Dining Brisbane’s respected Head Chef Michael Crosbie recently made the decision to return to the Gold Coast to be closer to his young family (while remaining very much a part of the Pony Dining family). In his absence, Pony Dining has appointed Tom Swapp to take the culinary reins, in a move that sees the successful Brisbane restaurant welcome one of Queensland’s leading flavour-makers, with new dishes already added.

Swapp comes directly from the acclaimed E’cco Bistro at Newstead where he has been working as interim Head Chef and prior to this, he led a team of more than 14 chefs for four years at the acclaimed and hatted Spirit House on the Sunshine Coast. Prior to this, he was Stagier at the 1 Michelin-starred restaurant Bo.Lan in Bangkok, opened Chop Chop Changs with consultant Paul Bain and was Sous Chef at Maze and Maze grill by Gordon Ramsey.

While Swapp has spent the past six years creating and fine-tuning modern Australia and Asian-inspired dishes, he prides himself on being a culinary all-rounder and describes his cooking style as “seasonal, eye catching and considerate”. On his vision for Pony Dining, he says, “The immediate focus is on being consistent, serving dishes that look and taste great and are produce-driven, with a focus as always on local flavours and building a creative and sustainable kitchen culture. My dream – well that’s to take Pony Dining to its first Chef’s Hat!”

Already his vision is being realised on the plate at Pony Dining with new dishes that celebrate the spring and summer season, including King Prawns, Macadamia, Saltbush with Fermented Chilli Emulsion, and Lamb Rump, Smoked Chick Pea, Watercress Puree, Anchovy Cream and Hazelnuts. He has also added an Angus Flank to the menu, served with Muntries, Cabbage, Smoked Beetroot, and Red Wine Jus, as well as a Beetroot Cured King Fish dish alongside a Goats Curd with Pickled Zucchini, Broad Beans, Smoked Almond and Green Olive.

Boasting one of the best views in Brisbane of the famous Story Bridge, the heavy doors of Pony Dining signal entrance into a world where flavours rule – the smoky wood fire aroma is the first sign of this daily homage to local, regional and international taste profiles. Inside Pony Dining is sophisticated yet cool and a little on the irreverent side; a restaurant that takes diners on a flavour-filled journey.

Readers also enjoyed this story about Terrace by e’cco. 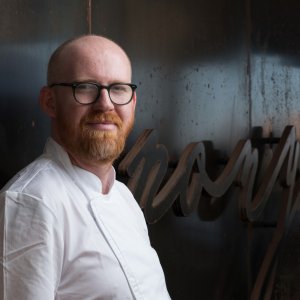 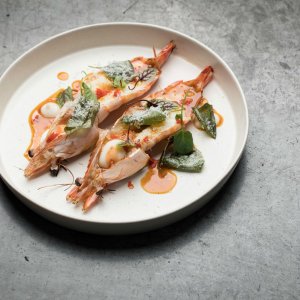 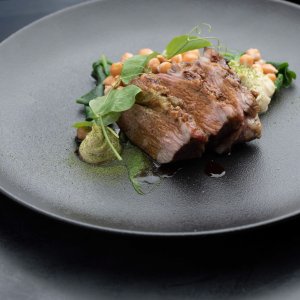 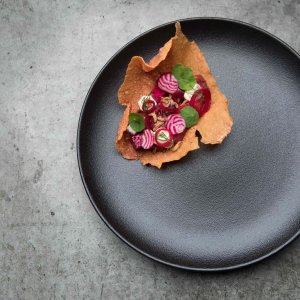 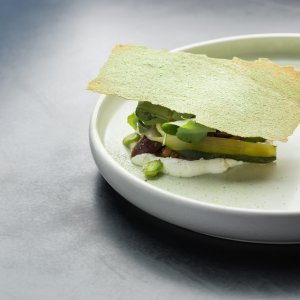 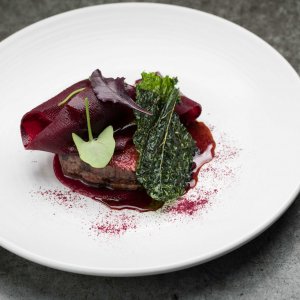