If it had not been for one decision to migrate to the unknown, a Brisbane fashion brand worn by leading Australian women including former Governor General Dame Quentin Bryce and former Queensland Premier Anna Bligh would have never existed.

Sewing machines hum and scissors snip as calico maps the direction of Brisbane fashion designer Pia du Pradal’s summer collection. Bright, bold and brimming with culture, a mix of Italian florals counter contemporary Indigenous prints in the range to be released once the mercury begins to rise.

Pia is no stranger to warmer climates, having migrated to Brisbane from Cape Town in the mid-80s. As an anthropologist specialising in African studies, Pia knew a drastic career change was on her horizon the minute she stepped onto Australian soil. “I thought, what can I do? My mother had made clothing, and she was very clever at it. So I thought, ‘why don’t you just try your own label?’.”

Thirty years has passed since Pia first began creating bespoke daywear and elegant racewear. Known for her sharp tailoring and European style, it was a foreign step into the unfamiliar when Pia first incorporated Aboriginal artwork into her summer collection last year. “A couple of years ago, Quentin Bryce came to us with a beautiful piece of cotton screenprinted by Tiwi Island women and we made her a skirt. I remember saying to Quentin at the time, ‘If I could buy this fabric I would use it in the range’ but it wasn’t available. That was the start of this idea.”

Then began the quest to find fabric up of the right standard, and being stubborn about quality, Pia’s search came up empty, leaving only one option – she had to make it herself. Meeting Aboriginal artist Louise Numina by chance, Pia commissioned three of her paintings to be produced on silk and on cotton, paintings that now hang in Pia’s Brisbane Arcade store in celebration of the artist. “I’ve had huge endorsements from indigenous women. I’ve had emails where women have said to me, ‘To wear a scarf in a print that represents my heritage and culture makes me so proud’. That’s pretty extraordinary. I’ve never heard of that response from somebody wearing a Dolce & Gabbana print.”

And that’s what Pia is all about – the emotional connections. One particular memory brings tears to her eyes as she relives the moment a Stanthorpe farmer stepped into her store. “She said ‘my daughter’s getting married and I want her to feel proud of me. This isn’t how I normally dress. I’m an apple farmer, I wear jeans all the time.’ We made her an outfit she felt wonderful in, and her daughter thought she looked beautiful. She sent us the most touching letter thanking us. That’s a standout moment.”

Over the years, Pia has created a second family in her Milton studio, where hours of edging, cutting and sewing are poured into each piece of fabric embellished with the Pia du Pradal name. In many respects, it feels like an old fashioned family business, where all members are invested in each stitch. But this family, having grown together for decades, continues to evolve, tacking together a legacy stronger than a backstitch. 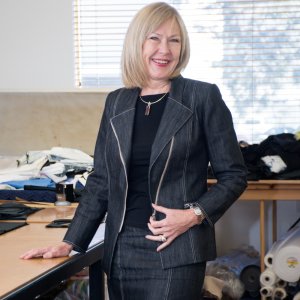 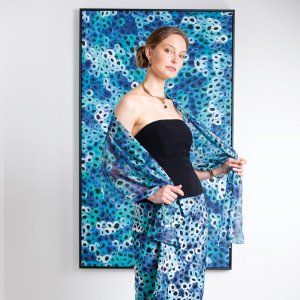 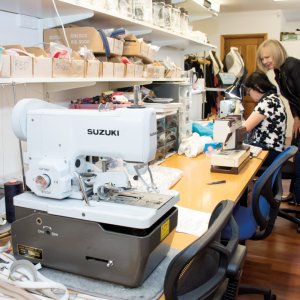 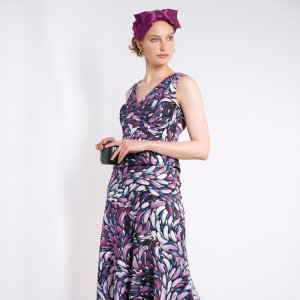 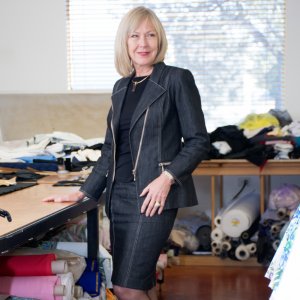 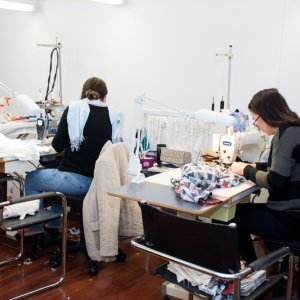 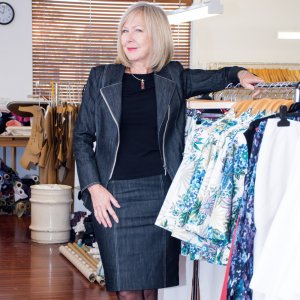 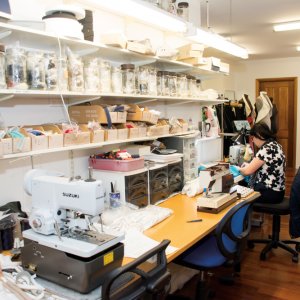 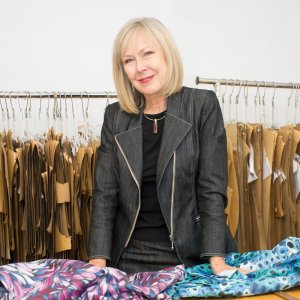