Each x Other, a Parisian fashion fusing art and fashion, unveiled its latest collection at Paris Fashion Week, showcasing the latest hair trend – raw hair. The label called on American hairstylist Eugene Souleiman to work with natural textures to create a look complementing the edginess of Each x Other’s style while reflecting the  effortless hairstyles of modern women with manic lifestyles.

Souleiman’s career in the hair styling industry dates back to 1982, when a job centre placement led him to become an apprentice hairdresser. Since then, he has gone on to work with some of the world’s finest fashion photographers, collaborating with them on Calvin Klein, Giorgio Armani and Rimmel campaigns.

At the Each x Other fashion show, Souleiman was inspired by the rough and ready feel of the brand’s low maintenance ensembles, which featured tailored jackets layered over the top of hoodies and skirts with  trousers underneath. Souleiman explained “the clothes are very edgy and tough, there’s a strong attitude reflective of life today. It’s current and contemporary and the hair look reflects that.”

The main goal for this look was to ensure locks of hair didn’t appear stiff or over styled, which meant working with each individual’s natural hair movement and texture. To begin the styling process, Souleiman used conditioner to detangle the hair and prep it for other products. Next, a generous amount of hair mousse was repeatedly patted into the hair, then lightly scrunched to create natural movement.

The hair was then lightly dried use a GHD Air Hairdryer, before GHD Curve Classic Curl Tong were used to add final movement and texture. Souleiman explained “this look isn’t about styling in the traditional sense of the word, it’s about using product and tools to add texture. It’s wet ‘just out of the shower’ hair. It’s raw, sensual, tough and youthful.” 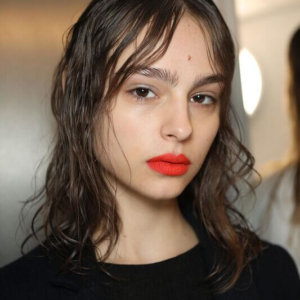 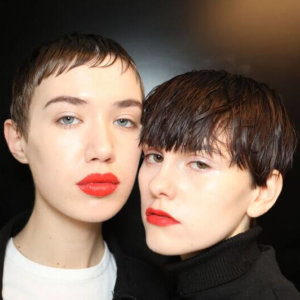 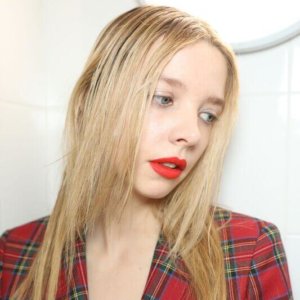 Words by Olivia Ustariz
Images via Each x Other