The story of Three Blue Ducks’ origins has been a whirlwind tale of growth: of its team, of its restaurants, and of its reputation Australia-wide.

The tale began in 2010 with the original three `ducks’ Mark LaBrooy, Chris Sorrell and Sam Reid-Boquist, aimed to combine the fine dining restaurant experience with the down-to-earth, friendly environment of a café. From this, their Bronte restaurant in Sydney was born. “Something that’s really cool about a café is that there’s a lot of connections and relationships that form between the people who work in a café, the people who own it, and the community,” LaBrooy explains. “You really start to become indoctrinated into the community. That’s what led us on to grow things in our yard, and give all our recycling to the community gardens.”

Since its inception, Bronte has been joined by other Ducks restaurants in Byron, Rosebery, and most recently, Brisbane. Three Ducks have multiplied to six, and LaBrooy believes that their strong team bond has laid the foundation for their restaurants’ success. “The thing that makes it work is that we all have each other. We have an amazing amount of support for each other, and comradery.”

Opening at the W Hotel in Brisbane’s North Quay in early June, the newest venue strikes a delicate balance with the needs of the hotel via its well-established and well-loved “no-fuss” ethos. There’s a hotel standard that needs to be upheld, so we’ve been pushed into a direction we haven’t experienced before. We use a lot of the same suppliers as [the] Byron restaurant, and … we have taken some of the dishes from our other restaurants that we know really work.” These dishes, in true Three Blue Ducks style, feature sustainably sourced goods, bold flavours and LaBrooy’s ethos of “[letting] the produce do the talking”. The Brisbane Ducks menu emphasises farm-fresh offerings from Queensland and New South Wales, showcased in simple yet well executed dishes with the signature Ducks twist.

With the menu and space finalised, the next challenge for the Ducks is to emulate its community spirit in the heart of the Brisbane CBD. “There’s not a structured strategy around how we become indoctrinated into a community, we just want to try and create a space that people feel safe, happy, and excited about working and dining in, and I think the rest just follows. “Some of our biggest wins have been that the restaurant community and the public have all been supportive of us, and we’ve created our own community. We directly affect the lives of five or six hundred people with our business, and we’re proud that we’re able to give all these people a lifestyle.”

As far as future plans go, the Three Blue Ducks shows no signs of slowing down. “We’ve always got something on the horizon. We’re having a lot of fun creating these businesses, creating these spaces; so as long as we’re having fun I think we’re going to keep doing it.” 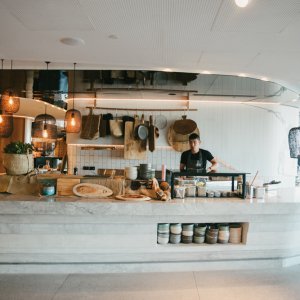 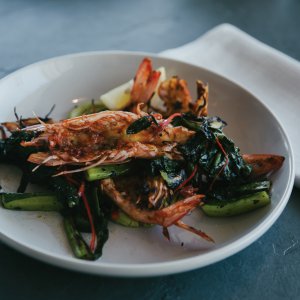 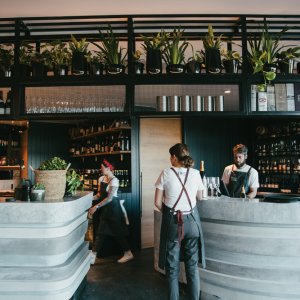 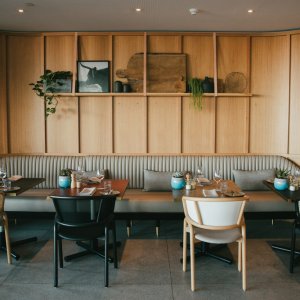 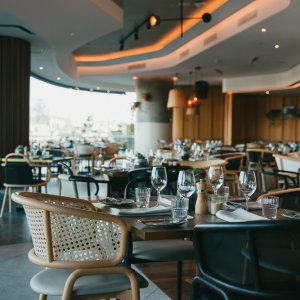 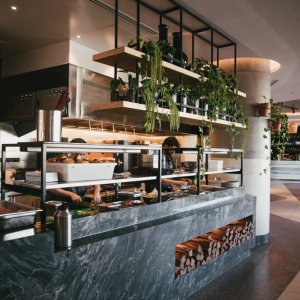 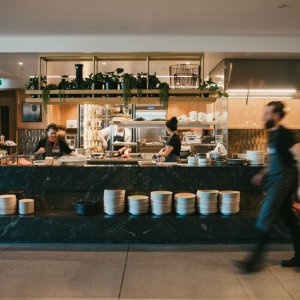 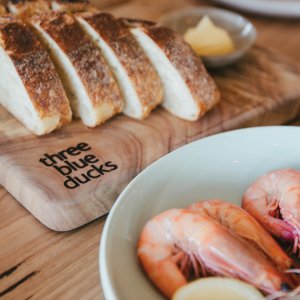 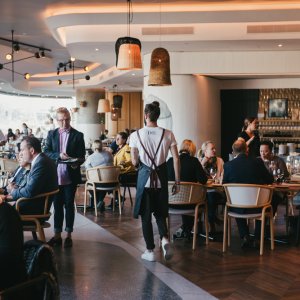