Curiosity killed the cat, but satisfaction brought it back; a proverb warning human nature’s instinct to be curious perfectly sums up Cheeses Loves You founder Deb Allard’s flight into the cheese making industry.

A spur of the moment cheese making class with a friend 12 years ago tickled Deb’s curiosity, sparking a passion for cheddaring she could have never predicted. More than a decade later, and Deb has chased her appetite for cheese making across the world, travelling to France to study brie from a dairy extraordinaire, and taught the craft herself at home in Northern New South Wales. But it is Deb’s latest venture — Cheeses Loves You — that has her thriving, selling her produce at local farmers markets in Mullumbimby and Byron Bay. Looking back and laughing with fondness, she recalls the moment it all began for Cheeses Loves You. “My husband said about two and a half years ago, ‘let’s restart the dairy on the farm so you can make cheese with our milk’. He’s had a lot of really bad ideas but that was actually a good one!”

Deb’s husband Jim had previously tried growing small crops on the Burringbar farm where the pair reside, but more recently has stuck to raising beef cattle. The duo decided to take the leap into dairy, replacing their beef cows with jersey cows, and have never looked back. While most dairy farmers use friesian cows for greater milk production, Deb remains adamant on the superior quality of jersey cows, believing this trait sets her apart from other cheese makers. Despite initial trouble acquiring cows, Deb’s persistence and research paid off. Starting with 20 cows that looked “sad, skinny and scared” on arrival, after two years Deb and Jim are milking 80 healthy cows. Her bubbly personality and enthusiasm for the industry shines through as she describes the cheese making process in depth, poetically summarising the process, “and then the milk flows and it’s happy days”.

Arguably the most novel part of Cheeses Loves You is not the cows or the farm – it is Deb. Spending a day with Deb while she is elbow deep in cultured milk is like “making six different intricate cakes on the same day”, as she would say. In the barn where she works there are multiple cheeses on the go, from hard cheese to soft cheese, timers chirping sporadically, and orders lining the workspace. It is primarily a one-woman show. “I’m a bit of a control freak … I need to know what’s going on.”

If Deb’s unrelenting commitment to her craft and tireless energy is not enough to impress cheese lovers, the fact that Deb is allergic to her cheese will. “I live with it; I don’t eat much cheese,” Deb says, ultimately derailing all presumptions, though she sees it in a positive light. “It’s actually good because it makes me appreciate it more when I do eat it.”

Curiosity and allergies aside, it seems nothing will stop this satisfied cat anytime soon. 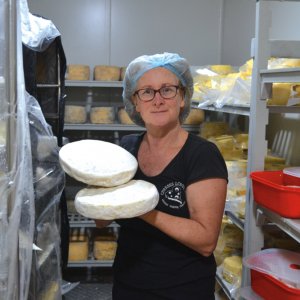 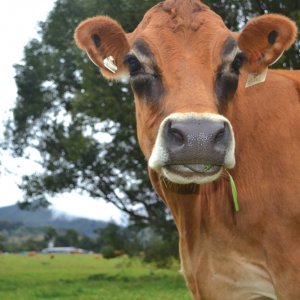 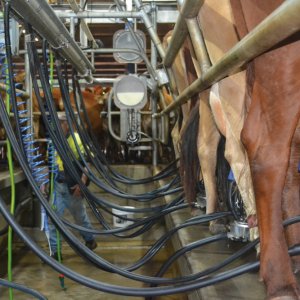 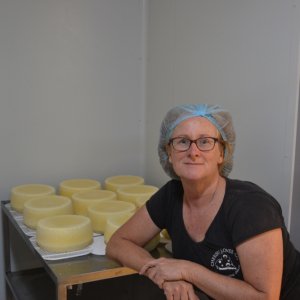 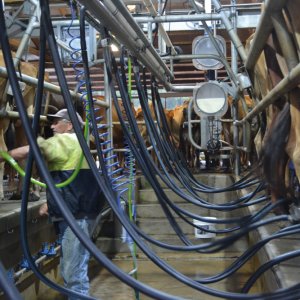 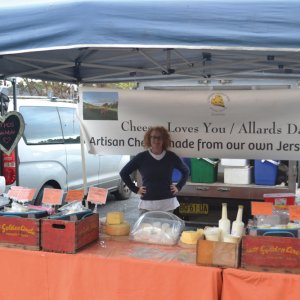 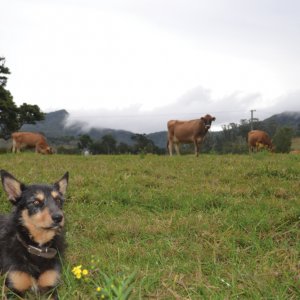 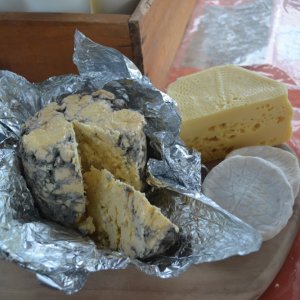 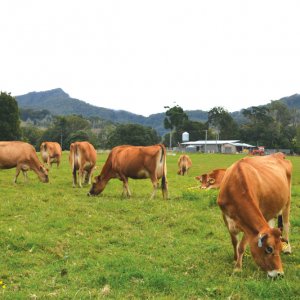 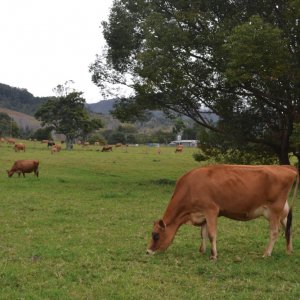 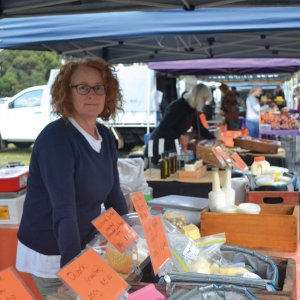 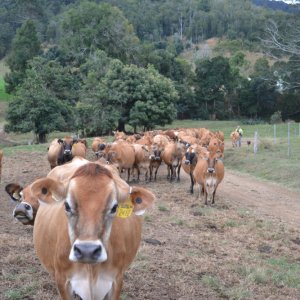 Words by Madeleine Symonds
Images by Cheeses Loves You