Woombye Cheese Company’s Ash Brie has been named the winner of the White Mould Category at the 2020 Australian Grand Dairy Awards.

The Woombye Ash Brie is the firm’s latest cheese and was introduced in the range 18 months ago. It starts life as the triple cream brie recipe which is a delicious creamy rich cheese. Then during maturation, each cheese is carefully hand rolled in ash which results in a striking black and white appearance on the mould as it matures. The ash adds a slightly smoky and mushroom flavour profile to the rich and creamy centre, creating a unique cheese. The Woombye Ash Brie is fast becoming one of our most popular cheeses in its range.

A panel of esteemed cheese and dairy judges have spooned, sipped and nibbled their way through more than 400 products to crown the 57 finalists, 19 Champions and two Grand Champions. The King Island Dairy Black Label Double Brie and King Island Dairy Seal Bay Triple Cream Brie were runners up in the White Mould Cheese category.

The Woombye Cheese Company is passionate about cheese and the Sunshine Coast hinterland, according to its operators. They believe it is the perfect place to make cheese with its panoramic vistas of rolling green hills, creeks and bushland. This setting makes for happy cows; and happy cows produce the purest milk, they say. All milk comes from small local farms and is collected daily by a local milk supplier, pasteurised and then delivered to a factory in Woombye fresh every day. Cheese is created and produced by hand, using traditional methods with care and experience. Ash Brie can be purchased at one of its Australian stockists here.

Beginning in 1999, the Australian Grand Dairy Awards represent quality, excellence and innovation in Australian dairy produce and to acknowledge the achievements of the highly skilled, pioneering people who produce those products. The awards aim to increase promotional activities surrounding the finalist and winning products and to raise awareness of the quality and versatility of Australian dairy products. 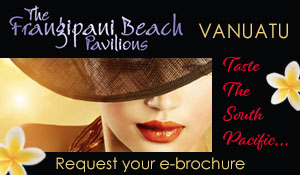 Open
The bar is open and champagne is pouring @emporium

Open
We are loving seeing our favourite chefs coming ba