Nestled prominently at the street edge of a steeply sloping site in Paddington, Brisbane is B&B Residence. The crisp aesthetic of the property’s exterior amplifies characteristics of Brisbane’s sub-tropical setting — encapsulating light and shadows amidst the bright blue skies and lush green landscapes. The existing Queensland cottage, now a modern space, is reinvigorated by award-winning architects Hogg and Lamb, winning a Commendation at the 2018 Houses Magazine Awards in the Alterations and Additions Over 200 Square Metres category.

The idea that sparked creating B&B Residence was inspired by minimalistic elements. On top of elegantly bleached palettes and stripped back surfaces which adorn the house, the neutral interior surfaces subtly reflect and play with natural light. In addition, the exterior walls of sun-drenched white appear as a chiselled cyclorama, emphasising the vivid colours of landscape, sky and water.
The owners did not fail to neglect the concept of space either. To provide new living, communal spaces and a master bedroom zone, they wanted to extend the home to capture a sense of serene privacy and retreat. The new work alleviates issues of the steep site by creating a series of platforms and courtyards. Spatial planning is also taken into careful consideration to create an intriguing geometry of interlinking ground planes that celebrate and embrace a raised grass courtyard on the northern edge. The removal of superfluous materials led to an emphasis on “volume as room maker” with barrel vaults defining significant rooms. The volumes widen and contract in a delightful sense of play for both indoors and outdoors across the site.

The original Queenslander remains prominent at the street edge, preserving neighbourhood character, with new features enhancing the residence, like a new raised ground plane and extension. The purpose is to create meaningful and direct connection between interior spaces and usable exterior, according to the architects. Simultaneously, it creates privacy on a heavily overlooked site. Child and adult realms are defined yet overlapping. Opportunities for communal activities and private withdrawal are enabled across the site. Shielding the building from the western sun, blade walls and double height external volumes are built. Controlled thresholds limit solar access while courtyards and single room deep plans maximise cross ventilation.

The emphasis of the design relies on the concept of a “peaceful house”. The space between the master suite and the children’s room which was once viewed as radical is now cherished. The existing Queenslander still fulfils its functional role. Its complete retention enabled the reduced extent of new work, creating a financially viable project. The concept of minimalism has led to an efficiency in construction and simplified quality control.

Readers also enjoyed this story about the Architecture Awards. 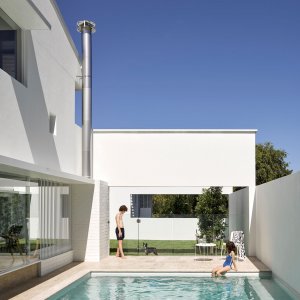 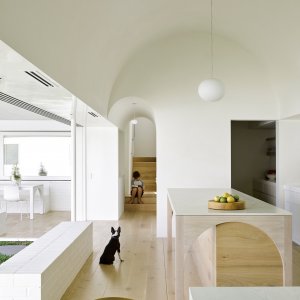 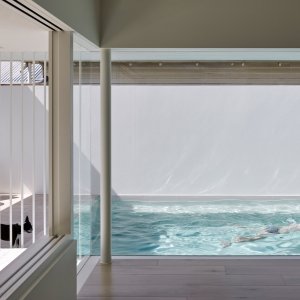 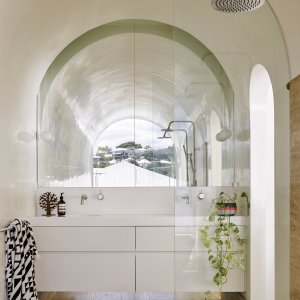 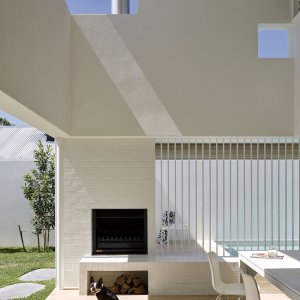 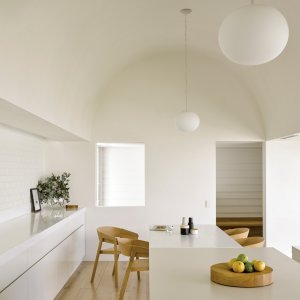 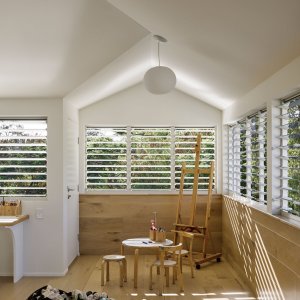 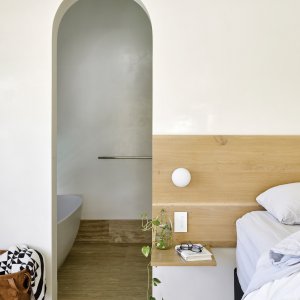