A new handcrafted small batch gin has launched with fanfare in more than 20 venues across Brisbane, with hints of local finger lime, kaffir lime and fresh ginger capturing the essence of the city.

Inspired by the city’s charm, Brisbane Gin is quintessentially Brisbane, with its fresh citrus flavours and sun-kissed pink, maroon and gold branding embodying the youthfulness and playful nature of the River City. Brisbane Gin is distilled just outside of Brisbane in a beautiful Holstein Still and has been created by Australian Distilling Co’s Michael Hickinbotham and Master Distiller, Dr Graham Jones. Michael Hickinbotham, who is a second-generation distiller in a family that cultivated Australia’s wine and fortified spirits industry, developed a passion for gin making and was inspired to create something special that locals could be honoured to call theirs.

“It’s taken Graham and I the best part of a year to develop and fine-tune the Brisbane Gin recipe,” said Michael. “We developed, tasted and discarded more than 40 recipes until we found the one that ticked every box. Our hope was to create something special that would not only make ourselves proud, but that would make Brisbane proud too.” The result is a true London dry gin, enhanced by native Queensland botanicals that lingers on the palette.

“The flavours in Brisbane Gin truly reflect the city and the people that make it what it is – bright and bold thanks to the kaffir lime and finger lime, and warm and welcoming with hints of fresh ginger. We hope you will fall in love at first sip.” This sentiment is mirrored by Lee Braham, Brisbane Gin Brand Ambassador, who has enjoyed the gin straight, in cocktails and with mixers. He suggests letting the gin speak for itself by serving it neat, on ice, and often. 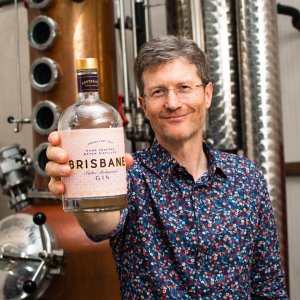 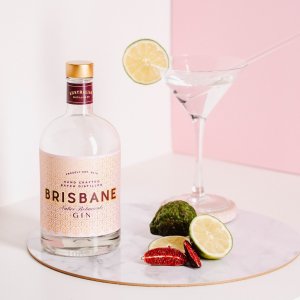 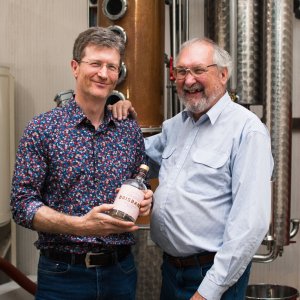