Chef Evan White and his partner Amelia Stokes have teamed up with the owners of restaurants Harvest Newrybar and Barrio Byron Bay to open new authentic Mexican taqueria Chupacabra (from Latin American folklore of an animal known as the “goat-sucker”) in Byron Bay this July.

Chef Evan White is no stranger to authentic Mexican food. The cooking will be more “coastal” or “Caribbean” style Mexican; the atmosphere, style and food will be relaxed, fresh and bright to reflect the chilled lifestyle found in both Byron Bay and coastal Oaxaca. Chupacabra’s menu will be slow “fast food” with all corn tortillas made in house daily. Expect dishes such as tacos al pastor with grilled pineapple, ceviche Mexicana, esquites (off-the-cob corn grilled and slathered with condiments), sharing plates from the asado, and Cochinita pibil (slow cooked pork, sour orange, coriander, lime, pickled onion).

The cocktail program will feature a signature Chupacabra margarita on tap with tropical twists available seasonally; a spin on the classic michelada; and classics with a Mexican flavour, such as Horchata Coladas and Mezcal Negroni. A large range of tequila and mezcal will also be available, including mezcal from Oaxaca city that has never been seen in Australia before. The concise wine list will feature small production wine-makers. Chupacabra will also have its own range of fresh pressed juices, home-made sodas and a special blend of Mexican coffee.

Evan and Amelia chose Byron Bay to open their Mexican restaurant due the many similarities which connect the cultures, ocean and land. The east coast current of Australia has the same ecosystems as the Mexican Gulf Stream and they share the same ocean fauna (and therefore coastal produce) such as tuna, prawns, and many more. Evan also has access to locally grown traditional Mexican produce, including those found at Picone Exotics such as cream guava, nopales cactus, beautiful jewel corn, and many subtropical fruits and herbs. 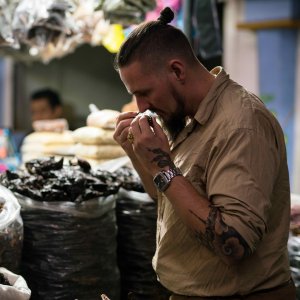 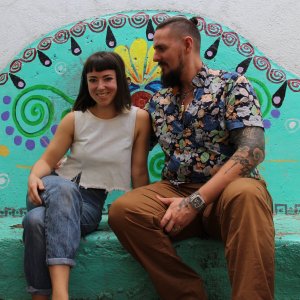 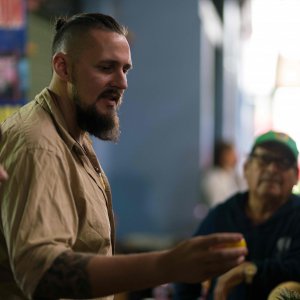 ← The Shop at Bluebird
Winter Menu →