Award-winning filmmaker Clayton Jacobson was in Brisbane to promote his latest film Brothers’ Nest, which reunites him with his brother Shane Jacobson on-screen 12 years after the phenomenal success that was Kenny.

The 54 year old directs and co-stars in this black comedy about two bumbling brothers staging a murder in their family house that goes horribly wrong.  Shane plays the other brother and the first half of the film revolves around old grudges and different worldviews that pits the brothers against each other. Not only did screenwriter Jaime Browne wrote the film for Clayton to direct, but he also had Clayton and Shane in mind for the role of the brothers.  Not a fan of repeating himself, Clayton was excited about the idea of making something dark after a comedy like Kenny.  “When I read this script, I thought ‘Wow, this is such a departure from anything I’ve looked at’.  The thought of playing those characters with Shane was really exciting for both of us.” The project afforded Clayton the chance to take Shane, who became an overnight star playing the jokey underdog-plumber Kenny, to a whole new level as an actor.  “Because Shane is my brother, I can take him to areas that maybe others aren’t comfortable to do.  I said to him, ‘Let’s make this a tour-de-force.  Let’s really go to those dark places and exercise a few demons’.”

Clayton has acted for many years in shorts, features and television, including the internationally-acclaimed Australian crime-drama Animal Kingdom and Jane Campion’s acclaimed series Top of the Lake: China Girl.  Although he had a brief role in Kenny, Brothers’ Nest was different.  This was carrying a film and a two-hander.  “I was seriously considering getting someone else because I wanted to focus on directing.  It had been 10 years since I’ve done a feature and I didn’t want the distractions.” It took a bit of convincing from Shane for Clayton to agree to star in the film.

Clayton has been very active in directing documentaries, music videos, television and short films.  For him, directing, acting and co-producing a feature presents a different kind of challenge.  “Where I struggle is I had all this dialogue in the movie.  So we had an understanding with the crew and I would always say to Shane, “Don’t give me your best work upfront because it’s going to take me a couple of takes to get into this.”

When Kenny was released in 2006, Shane was new to long-form filmmaking.  Before production on Brothers’ Nest began, Clayton wondered if Shane would take direction from his brother again.  “Shane has worked with some pretty amazing directors and has been on so many shoots.  On Brothers’ Nest, I had a great collaborator in him because he knows the ins and outs of crew and how a film gets made.”

Brothers’ Nest had its world premiere at South By Southwest in Austin, Texas back in March.  Clayton had a moment of fear on the night of the first screening, when Steven Spielberg came out and announced an advanced screening of Ready Player One.  “It’s true, we lost most of the reporters for our film,” he said.  “But they promised to come back to our second screening, which they did”.  Brothers’ Nest was met with rave reviews, with Rolling Stone calling the it “a funny, messed-up and moving tale that’s part Greek tragedy, part character-driven theatre piece.”

Readers also enjoyed this review of The Mathematics of Longing. 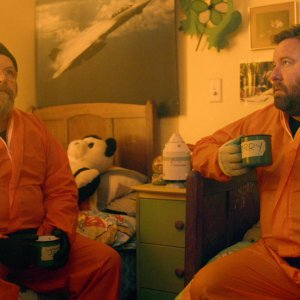 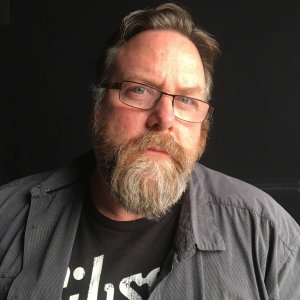 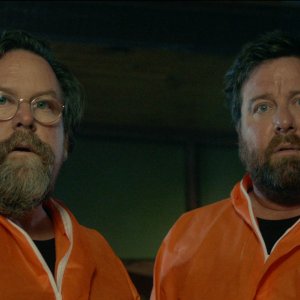 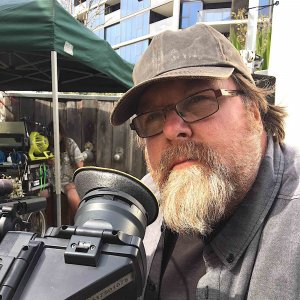 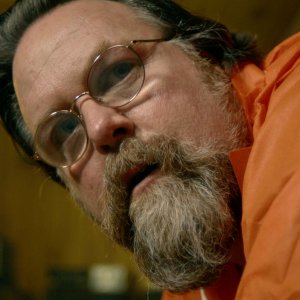 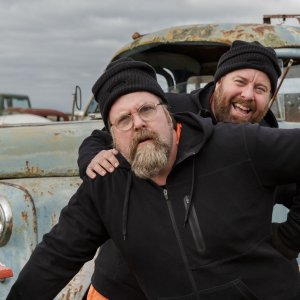