Suzie Miller’s new play The Mathematics of Longing had its worldwide premier on Wednesday 6 June at La Boite Theatre Company’s Roundhouse Theatre. It takes up the theatre’s latest obsession – science. Plays, dance and operas have found rich fodder in science-y subjects (Liz Lerman’s A Matter of Origin, Laura Gunderson’s Background and Nick Payne’s Constellations). So buckle up for some heavy duty thinking, wrapped in love and delivered with dance.

Miller’s play was developed with the performers (who are listed as co-creators, The Farm and The Uncertainty Principle 02) and melds dance and movement with sound and narrative to create stories of love. Now love and physics are strange bedfellows but it is apparent that scientists are the new sex symbols – at least on the stage. Scientists have replace rock stars (1970s), wall street types (1980s) and computer geeks (1990s) as the alpha male (and sometimes female).  What physics offers traditional love narratives is the ability to revise the moments when love goes horribly wrong.  The result is a very relatable play as the audience witnesses THAT moment.  Or in physics-y terms live in the multiverse where things go “right” instead of “wrong”. The do-over moment.

The one essential for plays that delve into subjects with which most of us have limited knowledge is that in order to understand the play, one has to understand the science.  So, much dialogue is spent taking the audience through the basics of string theory, chaos theory and things with which we may not be familiar.  It can end up with more time spent telling rather than showing and some monologues sound more like lectures.

The play explores two narratives.  One thread considers the rock star who gyrates to a different sound than that of his true love. In another multiverse two science geeks fall in and out of love while their paperback tomes metaphorically collapse around them.  Poised above, dancers symbolically untie the co-mingled. Lovers of interpretive dance will appreciate the choreography that underscores the drama. The sound was somewhat uneven on opening night (the male voices dominated during the opening chorus and Tong’s plosives hit the microphone a trifle too hard for my ears). But these are minor things.

In all, it is a difficult play; intense, it packs an emotional punch. Listen and watch and hope that in some multiverse you manage to get it right. The Mathematics of Longing is short – 60 minutes.  The season runs until Saturday 23 June.  The themes are adult.

Readers also enjoyed this review of Tea With Dames. 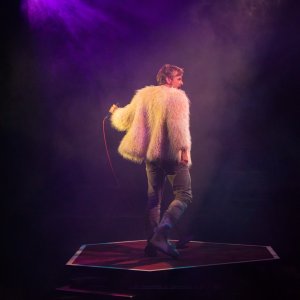 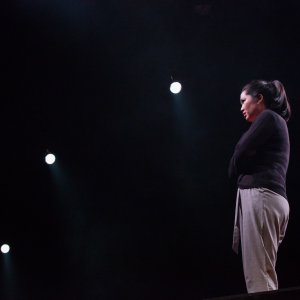 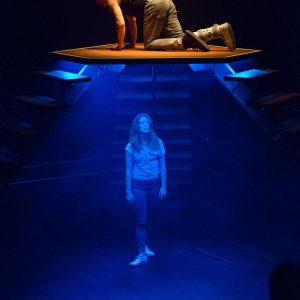 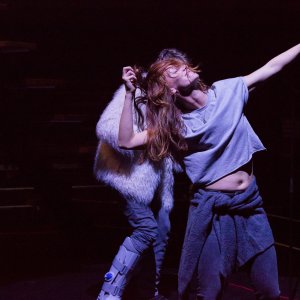 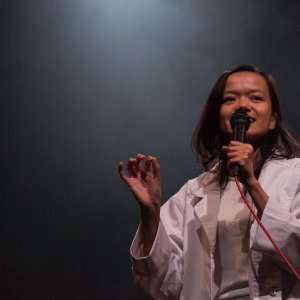 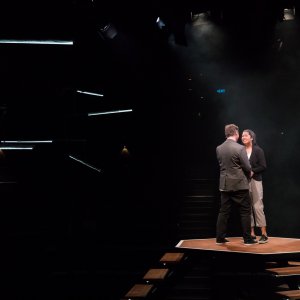 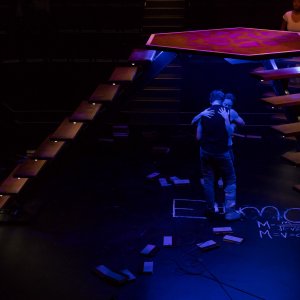 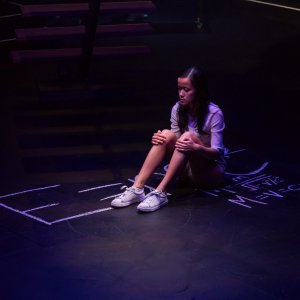 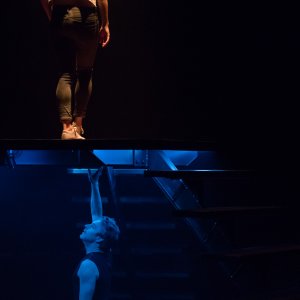