Published on February 16, 2018 | in Arts
The Dead Devils of Cockle Creek
presented by La Boite Theatre Company is a high-energy play, and from the first almost ear-shattering opening cue, the audience is thrust into crisis mode.

Picture a small shack somewhere in the wilds of Tasmania—Cradle Mountain anyone?  Socially aware “George” Templeton (Emily Weir) is saving the (Tasmanian) devils from extinction – isolated and intelligent, she struggles and rails against the world at large.

Enter her hyper-active Ranger Harris Robb (Julian Curtis with a New Zealand accent so strong, I missed a wee bit of his introductory lines)—he’s a failed animal documentary star. They’re working together but it seems that Robb has been friend zoned – and he’s just a bit sick of George’s zeal.

George is so passionate that she is a little mad.  Frenetic.  Overbearing, as she proselytises everyone. Ranger Robb seems less committed to the cause and more interested in his faded television glory, and also possibly frustrated by desire.

Two intruders invade their space and act as conduits for opposing schools of thought.  The Irish Mickey O’Toole is as shady a character as you’re likely to meet (think Arthur Daley from Minder) –John Batchelor is laudable as Mickey.  And Destinee Lee (Kimie Tsukakoshi) is a One Nation racist, flat-earther, conspiracy theorist teenager.  Kimie gets the best lines in the play.

The four philosophically struggle in the small room—there’s plenty of dialog and the tensions escalate and the voices become shriller.

Be warned: there is nary a statement without a four-letter word. If I could, I would ask playwright Kathryn Marquet to consider how the swearing informs the narrative.  Just sayin’ …

It is a difficult play to enjoy as audiences are so caught up in the drama of the act, though plenty of laughs were had.

It is a vibrant play and the cast will ease into their roles.  It gives us plenty to think about—humans, animals, economics, race, environment…

The Dead Devils of Cockle Creek will play at the Roundhouse Theatre at 6 Musk Avenue, Kelvin Grove, until 3 March.

Readers also enjoyed this review of the Underground Opera at Spring Hill. 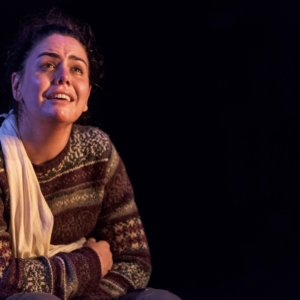 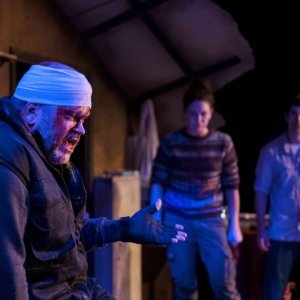 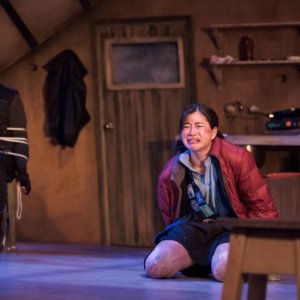 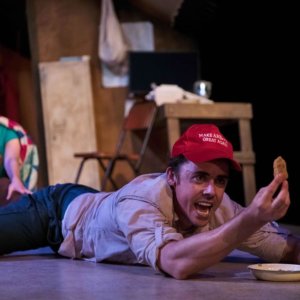 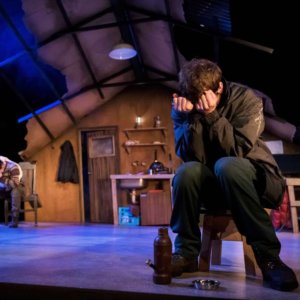 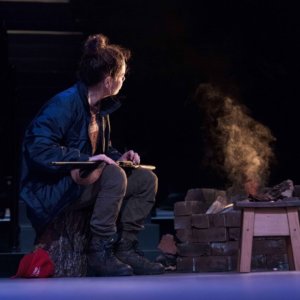