Reflecting the innovation and creativity of the original automobile, Motorwagen Café and Restaurant sits alongside the Mercedes-Benz Brisbane Boutique and dual vehicle display, encapsulating the craftsmanship and innovation intrinsic to the luxury car brand, while offering contemporary cuisine. Sam’s passionate history in the hospitality industry spans more than a decade, boasting previous stints with restaurants like Otto Brisbane, Urbane, Esquire and his own Selah Sydney, Circular Quay.

Sam’s journey into the culinary world started at a young age in New Zealand when he found himself spending many a Saturday afternoon in the kitchen. “I used to get in and bake all sorts of cakes, biscuits and bread,” he says. “Later on, as I got older, I got my start in hospitality washing dishes at one local restaurant, peeling potatoes at another, scraping down trays at the bakery after school and helping the chef at the local country club do prep for no pay.”

Sam’s gastronomic pursuits were almost ended when his mother dissuaded him from endeavours in the kitchen warning him of the unsociable hours. Having a love for cars and trading them as a teenager, he started his career with a motor dealership as a sales trainee. Despite this early shift in direction, like a fish to water, Sam found his way back into hospitality, waitering at the Rydges Hotel in Christchurch. After moving to Sydney in his 20s and working in various establishments, he opened a café in the southern suburbs before moving on to establish Selah Sydney in 2003. The 60-seater upmarket bistro built its reputation on an inventive contemporary Australian menu earning a regular spot in the Good Food Guide and a place in the hearts of locals. But in 2013, Selah experienced a lease withdrawal and although unexpected, it ignited a desire for change in Sam. This led to his decision to move his family up north to Brisbane, where he made full use of his culinary experience at Esquire, Urbane, Otto Brisbane, and Blackstar Coffee.

In early 2017, the opportunity arose to colloborate with Mercedes-Benz Brisbane in its maiden voyage adding a culinary dimension to their lifestyle offerings. This was the beginning of an 18-month journey, working with the dealership team and KP Architects to create the stunning city venue that is Motorwagen. It is a relaxed fine dining establishment priding itself on a menu built on innovation and creativity. Noting that Brisbane’s culinary scene is steering away from formal dining, Sam believes Motorwagen will fit well into accessible, quality dining in a relaxed but upmarket setting, distinguishing itself from competitors.

Ultimately, one thing is clear — it is more than an inventive menu that makes Motorwagen an enticing addition to Brisbane’s dining scene. With its spacious interior designed with a light industrial edge, there is no doubt that Sam Pask’s newest venture will claim its place as one of Brisbane’s brightest new dining destinations. 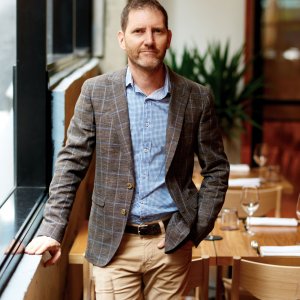 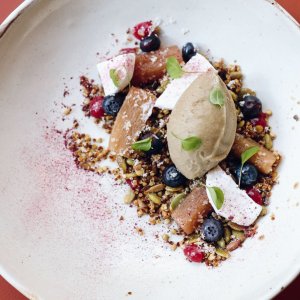 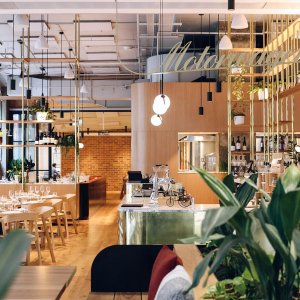 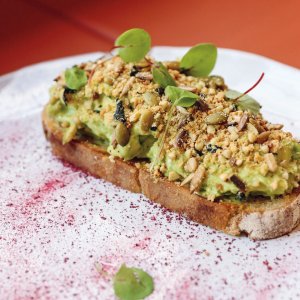 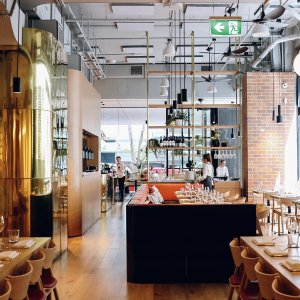 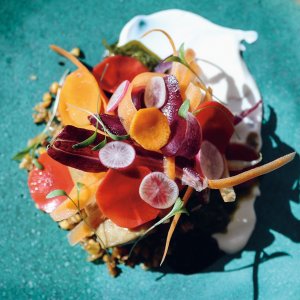 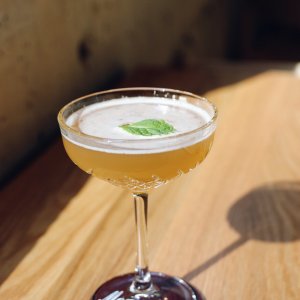 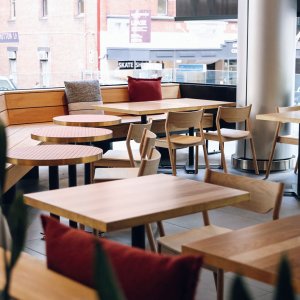 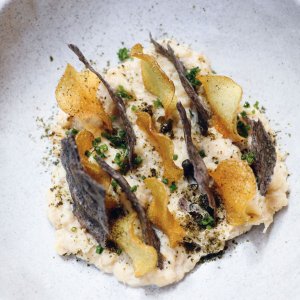