Paris on the Beach

Bridging on prime Paris season, between July and September the Seine River will be home to golden sand beaches, colourful umbrellas, and striped deck chairs.

Paris Plages has two main locations: Voie Georges Pompidou (Parc Rives de Seine) and Bassin de la Villette. Soak up the sun in the Voie Georges Pompidou, peruse the beach stalls and drink and dance at the local Guinguettes. For art aficionado, the Louvre Museum and the Modern Art Museum will display reproductions of ‘sea’ inspired collections along the Seine. By far the most popular Parisian beach escape, Bassin de la Villette is the definition of ‘fun in the sun’. Play pétanque (a game similar to boules), swimming in the three pools and visit the pop-up library for some beachside reading.

And where do you go after a day at a Parisian beach? To the luxury of a B Signature hotel. With some of Paris’ finest hotels in its collection, B Signature Hotels and Resorts embody the spirit of Paris with style and class. From simple elegance to the decadence of the Belle Epoque, each hotel is unique.

Step into a world of luxury and fashion at Hotel Vernet and Hotel de Sers. Wander down the Champs-Elysees, marvel at the architecture of the Arc de Triomphe and taste the sweet flavours of France with macaroons in Paris at Ladurée.

Hotel Bel Ami and Hotel Montlembert are found on the left bank of Paris, in Saint-Germain. Occupying the site of a 19th century printing house, Hotel Bel Ami is a lesson in sophistication, while Hotel Montlembert is an art lovers dream. Both hotels are surrounded by some of Paris’ most famous buildings and galleries – the Louvre, the Rodin and the Musée d’Orsay are just a short stroll away.

In the shadows of l’Opéra, Hotel Edouard 7 is equally as lavish and theatrical. The use of textiles and rich fabrics emanates a typically Parisian ‘haute couture’ feel. From Hotel Edouard 7, Cancan to the Moulin Rouge and watch the city in motion from Le Sacré Coeur. 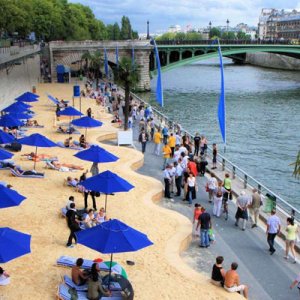 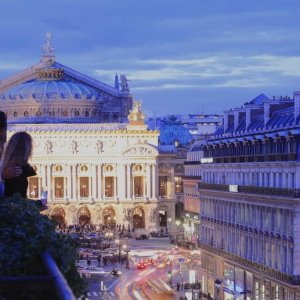 Words by Chloe Cufflin
Images via B Signature Hotels & Resorts