The Gold Coast 2018 Commonwealth Games Queen’s Baton Relay will be travelling through Redcliffe and Brisbane on Friday 30 March, marking 95 days of its Australian journey. The Queen’s Baton Relay is a Games tradition that celebrates the Commonwealth’s diversity, inspires community pride and excites people about the world-class festival of sports and culture to come.

The Queen’s Baton carries a message from Her Majesty Queen Elizabeth II that calls the Commonwealth’s athletes to come together in peaceful and friendly competition. The GC2018 Relay will be the longest and the most accessible ever, travelling through the entire Commonwealth for 388 days and 230,000 kilometres.

Starting on 13 March 2017 at Buckingham Palace, the Baton has traveled through many nations and territories. The Queen’s Baton arrives on the Gold Coast for the XXI Commonwealth Games Opening Ceremony on 4 April 2018, where HRH The Prince of Wales will remove Her Majesty’s message from the Baton and read it aloud to declare the Games open.

Redcliffe residents can see Alicia Coutts with the Baton at the Redcliffe Jetty at 8:35am Friday 30 March. The baton will then be passed to Lakeisha Patterson, who will carry it through Oxley Park and into the community celebration at Suttons Beach at 8:45am. Giaan Rooney will then carry the Queen’s Baton to Shorncliffe Pier before firing the canon for the start of Brisbane to Gladstone Yacht Race at 10:30am.

There will be a Government House photo opportunity with His Excellency the Honourable Paul de Jersey AC, GOLDOC Chairman Peter Beattie AC and batonbearers, including Kieren Perkins OAM in Paddington at 2:15pm. Hayley Lewis will carry the Queen’s Baton along Jephson St in Toowong at 4pm. Susie O’Neil AM will then carry the Queen’s Baton into the end of day celebration at Sherwood Arboretum at 5:25pm.

Readers also enjoyed this story about the Queen’s Baton in Brisbane. 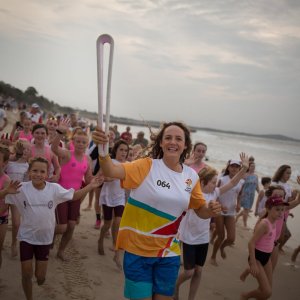 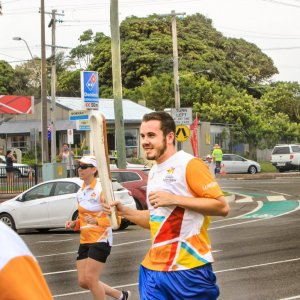 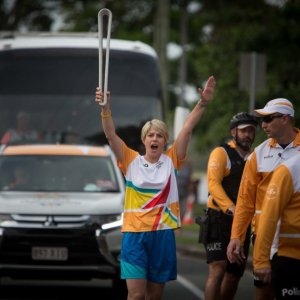