Published on March 6, 2018 | in Play
Formed 12 months ago, Gold Coast Skydive team Running Hot has achieved remarkable success, with the pair planning to represent Australia at the World Sky Diving Championships to be held at the Runaway Bay Sports Super Centre in October.

Both Archie and Alana are full time professional skydivers, who have a combined 43 years experience in the sport and more than 16,000 jumps between them.

During the World Parachuting Championships, Running Hot will be competing in the Artistic Freestyle category. Best described as aerial gymnastics, the pair will be jumping from an altitude of 13,000 feet, with a window of only 45 seconds allowed for Alana to execute her Artistic Freestyle routine. During this time she will perform a series of flips, twists and varied positions and stylings.

Archie, as chief videographer, captures the action in-frame, while they both hurtle towards the earth at speeds of up to 290 kilometres per hour.

There are seven rounds to be completed, five of which are freestyle, where the teams create their own choreograph. Two are compulsory routines, where the team must execute a series of pre-determined moves.

Each team and jump will be judged on presentation, execution, quality of camera work and degree of difficulty. Team work is paramount to success and the accomplished pair have been training for the forthcoming World Championships since October 2017.

Since commencing their training, they have completed more than 300 actual jumps and spent in excess of 50 hours of wind tunnel training at locations in Penrith and Russia. Now embarking on the final stages of training, Archie and Alana are Sydney bound in early March for an intensive training camp.

The Australian titles will be held in Nagambie, Victoria on 10 March 2018.

Readers may also be interested in this article on the Ipswich Cycleway. 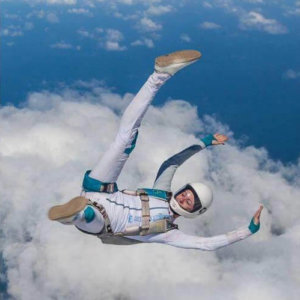 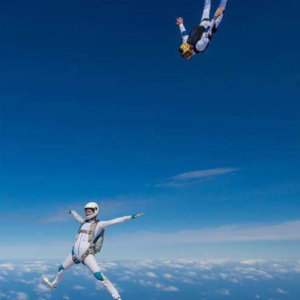 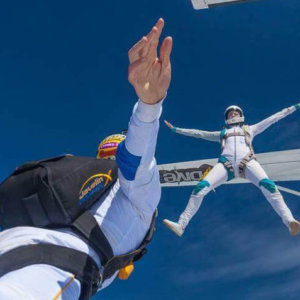