Two radically upscaled hand crocheted sea urchins will be suspended in Surfers Paradise’s Appel Park as part of Festival 2018, the arts and culture program of the Gold Coast 2018 Commonwealth Games running from Wednesday 4 to Sunday 15 April. The giant artwork commissioned by the City of Gold Coast is designed by internationally acclaimed artists Choi+Shine Architects and curated by Gold Coast arts organisation SWELL.

Appearing as if they are floating, each of the giant three metre high by five metre wide shell-like structures are made from hand-crocheted material which has been created by a community of crocheters from the Gold Coast, Brisbane and around Australia. SWELL co-directors Natasha Edwards and Ruth Della curated the 12 month project, engaging the skill of 60 volunteer crocheters to bring Choi+Shine’s vision to life.

“This was a very special part of the project, engaging these wonderful people to crochet individual components and motifs of the urchins and contribute a piece of themselves to such a major project,” said Ms Della. International artists Jin Choi and Thomas Shine created the urchins specifically for the Games and designed each motif on the urchins to represent Australia and the Gold Coast’s land and seascape as well as elements of the Games.

The crochet pattern has been designed by Jin Choi and is made up of many small motifs which were then assigned to each crochet volunteer to recreate, using three millimetre marine grade rope and a crochet hook. “It was impressive to see how volunteers who have never met each other formed an instant bond while sharing the same goal of creating something beautiful together,” Jin Choi said.

With the crochet work commencing in early February, local fabricators, engineers and assemblers are now working to join each motif together before assembling it onsite in Appel Park. The urchins are designed to reflect light with LED lighting and interact with light and wind.

Readers also enjoyed this story about this year’s Festival 2018 Program. 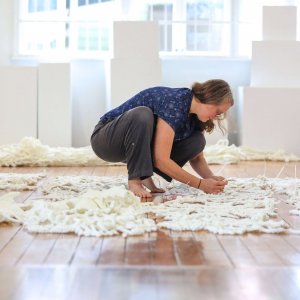 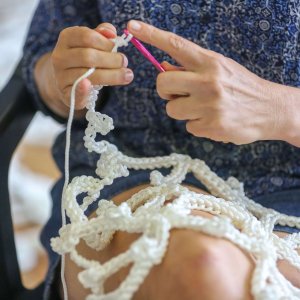 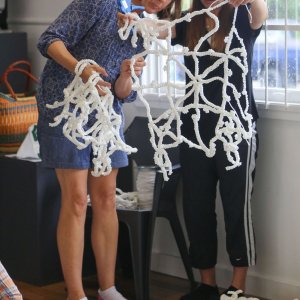 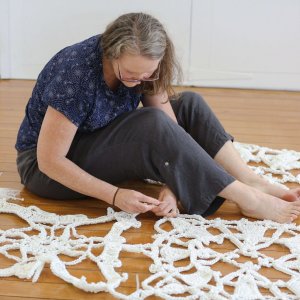 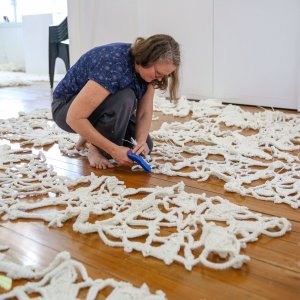 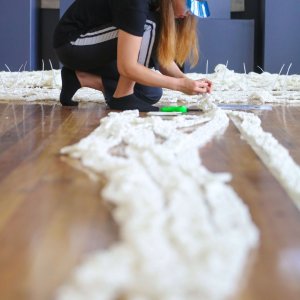