Botanical spirit Vantage Australia is the official sponsor of the 60th anniversary TV Week Logie Awards to be held at The Star Gold Coast on Sunday 1 July.

The Melbourne based spirit, featuring Australian native botanicals, has been chosen by the Logie Awards committee for the second year in a row. Since the debut of its signature cocktail The Spirit of Melbourne at last year’s Logie’s, Vantage Australia has made its global mark by winning silver at San Francisco World Spirits Awards two consecutive years in a row (2017 and 2018) and has now won silver at the 2018 Stuttgart International Spirits Competition.

This year Vantage creator Bill Hargitay has promised to launch a new Gold Coast inspired cocktail for celebrity guests. “I am thrilled that Vantage Australia has once again been selected as the official spirit for the 2018 TV week Logie awards. As Australia’s own spirit, it only seems too fitting for this year’s home-grown talent to celebrate their success with us,” Bill said. “Since last year, we keep growing from strength to strength with our recent award wins, extended national distribution in Dan Murphy’s and independent retailers, domestic distribution in Singapore and continued growth in Australian duty-free stores, now also in Auckland and Queenstown NZ.”

Reflective of the Aussie outback, Vantage draws its inspiration from premium native botanicals. The complex and delicate flavours come from only using natural bushfoods to create a blend that blurs the lines between sweet and dry. Best served on the rocks and with tonic or soda, Vantage Australia cuts across traditional spirit genres as a base for most cocktails, giving life to old classics, with an Australian twist.

Readers also enjoyed these socials from a Champagne, Caviar and Diamonds event. 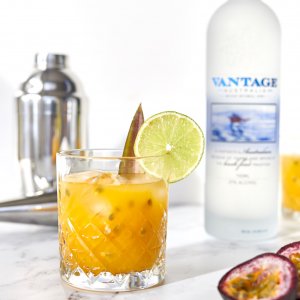 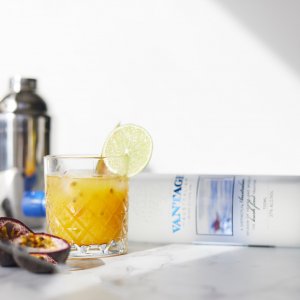 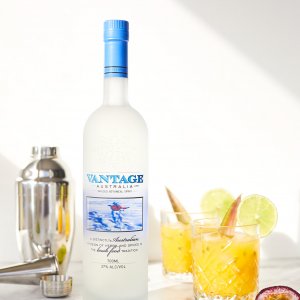